The proposed solution to “stay home” continues to prove worse than the problem of coronavirus.

While the virus itself maintains a recovery rate of over 90%, the same cannot be said for the rapid surges of tens of millions of jobless Americans. Joblessness alone is enough to thrust American lives into turmoil; however, the aftereffects of unemployment only worsen the body blow. 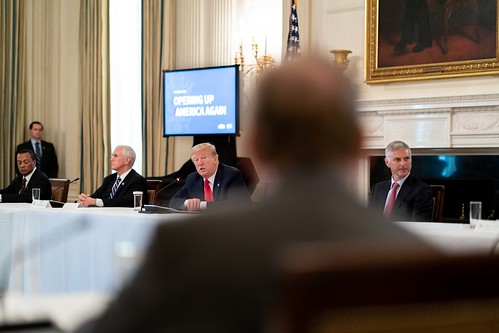 New data from the Department of Labor confirms that now 30 million American citizens are without jobs in the United States. Additional reports from Breitbart News authenticate that over the past week alone, millions more people in this country sought unemployment benefits from the government.

Over the past week, approximately 3.84 million Americans sought unemployment benefits from the government. Although unemployment claims have gradually decreased in recent weeks, the negative economic consequences of shutdowns continue to materialize. The data from the Department of Labor speaks volumes, as do reactions from Americans.

The U.S. Department of Labor says a staggering 30 million total have filed for unemployment since last week. https://t.co/1EDg9aLjjd

Over the course of this month alone, protests against stay home orders have occurred on an almost-daily basis. People at these protests continue to affirm their interest in getting back to work. Americans are unsure about the fates of their businesses and struggling to make ends meet.

To whom it may concern In the New York State Department of labor I have filed an unemployment claim over 4 weeks now and it said partially file and a claims agent will contact me within 72hrs to complete my still haven’t received any call.@NYSLabor @NYGovCuomo @NYCMayor pic.twitter.com/6KH8gK1fgO

Stimulus checks have helped some people not fall too far between the cracks; however, the government cannot endlessly hand out money. The reality that government resources are not a bottomless pit was proven earlier this month when the Payment Protection Program, a relief fund for small businesses, completely ran out of money.

Friday, May 1 marks the beginning of national protests against lockdowns. The now 30 million unemployed Americans coupled with increasing social unrest only further demonstrate the need to return to work. Information on the MAGA Mayday website notes which states will hold freedom rallies tomorrow along with other applicable details.

Ppl wld ❤️ 2 hear from you as we are driving in our cars on #magamayday. #freedom https://t.co/0KVzhti2Qy

Republican governors across the nation have gradually begun to re-engage their economies while still taking health precautions. However, Democrat governors in blue states have been all too happy to extend their lockdowns and block people from their jobs. Only time will determine whether or not next week’s unemployment number rises or falls.

What do you think about 30 million Americans being without jobs? Are Democrats hurting or helping the United States by using the government to prohibit honest work? Let us know in the comments section below!