Coronavirus shutdowns caused our country’s economy to absorb some major hits. Since tens of millions of Americans lost their jobs, many people are wondering about how much time will pass before the U.S. economy is restored.

President Trump, for his part, has vowed to bring back jobs and the economy like never before. Reopening the nation has certainly played a role as Americans are able to return to their careers, businesses, and jobs. 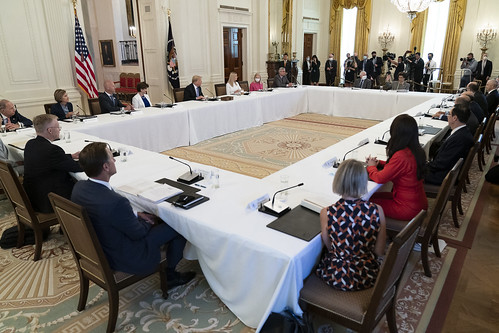 Now, reports from Breitbart News confirm that the economy is coming back stronger than many people previously anticipated. This morning’s release from the Department of Labor states that 4.8 million new jobs boosted the economy last month.

The Current State of the U.S. Economy

Based on the data, reopening the nation prompted companies to hire Americans en masse. This explains the significant jobs increase that the nation experienced in June. Furthermore, industries like restaurants, retail, and manufacturing experienced significant gains and increases in workers.

While the economy is recovering from lockdown-induced damages, there is still more work to be done. Fewer Americans today are employed than they were five months ago. Many businesses also permanently shut their doors due to the longlasting shutdowns in different parts of America.

The Future of Jobs in America

As Americans get back to work, some companies are approaching work in a different fashion.

Lockdowns led to certain people working remotely, a practice that some employers are starting to favor. However, not all jobs or occupations allow for remote working; this has been an issue for many blue-collar workers and others who require a commute to earn a living.

Thank you, Governor @dougducey for today’s briefing and your strong leadership to Slow the Spread in Arizona. Our Message to Arizona: President @realDonaldTrump & I are With You & We Will Make Sure Arizona has What You Need When You Need It. We will get through this…together. pic.twitter.com/kEDR5pvEJ4

The future of jobs across the nation will be furthermore impacted by newly emerging shutdowns. As reports of COVID-19 increase, some states are ordering businesses like bars, restaurants, etc. to either shut down or significantly decrease operations; Texas, Arizona, Michigan, and California are just a few examples.

This does not bode well for workers who rely on indoor service and tips to support themselves. Some states entering into lockdowns again are set to remain this way for at least one month. Business owners in these areas have also expressed concerns about whether or not they can survive another shutdown.

What do you think about the latest June jobs report? Do you think July will mark another month of recovery for our nation’s economy? Share your ideas with us in the comments section below!