Emotions are intense with the arrival of Election Day. With so much on the line from the economy, to healthcare, immigration reform, public safety, etc., Americans on both sides of the aisle are eager for their preferred candidate to prevail.

Neither Trump nor Biden have minced words when it comes to who they are and what they stand for. While Trump would safely keep the U.S. economy open, Biden would, in his own words, “shut it down.” The president furthermore seeks to protect private health insurance; meanwhile, the former vice president want to end private insurance and replace it with socialized healthcare. 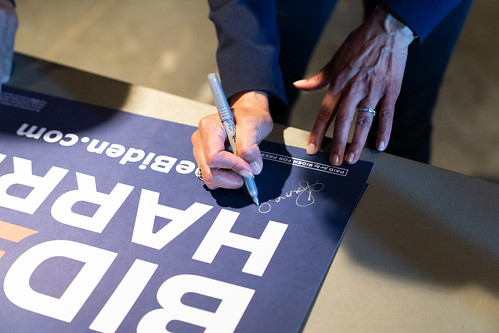 The list goes on and on. Trump and Biden couldn’t be further apart policy-wise; now a new poll from Washington Examiner confirms that 73% of the nation believes that the condition of America will significantly worsen if their candidate of choice loses the 2020 presidential election.

The Dynamics of the 2020 Presidential Election

In layman’s terms, here is the situation: most Trump supporters believe that America will suffer if Trump loses and most Biden supporters think that the nation will hurt if Biden loses.

To understand these outlooks, one must understand the dynamics of the 2020 presidential election. Much of this election deals with not just policy matters, but also the steps that America takes going forward. As previously stated, while Trump plans to keep the economy open, albeit safely, Biden would close the economy down if “the scientists” told him to.

Anyone can report issues at their polling places.

Please use the numbers below to report any observed problem! pic.twitter.com/OjCIHa3ngJ

Shutdowns have become a controversial issue. Most Trump supporters note the danger of keeping the economy closed; meanwhile, the majority of Biden supporters believe that shutting it all down, consequences be damned, is the right move until COVID-19 disappears.

Since Trump and Biden offer such very different paths for America’s future, it is natural for their supporters to take sides. Trump supporters and Biden supporters each believe that the other side is wholly wrong and dangerous, hence the findings of the aforementioned Washington Examiner poll.

Today marks the very last day for Americans to make their voices heard at the polls. Millions of folks have already cast their votes; many of those who have yet to do so are waiting in line at the polls to vote.

Republicans maintain that today will mark a surge in GOP votes that ultimately take Trump across the finish line. In the days leading up to today, the president has campaigned extensively, holding as many as five rallies in one day.

Who are you rooting for in the 2020 presidential election? Let us know in the comments section below!