This Friday marks the 19th anniversary of 9/11.

This is a somber day of remembrance for the nation. Many Americans can remember precisely what they were doing and where they were 19 years ago, upon learning of the terrorist attacks on the World Trade Center. 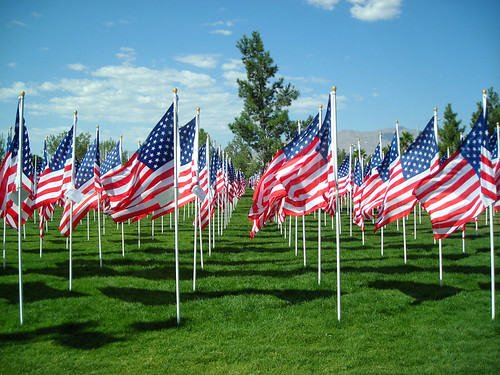 Earlier this morning, President Trump spoke in honor of 9/11. The 45th president paid homage to the victims, first responders, and others whose lives were forever changed 19 years ago.

Breitbart News furthermore confirms that the president tied in his tribute of 9/11 victims while also discussing American heroism and patriotism.

What to Know About Trump’s 9/11 Remarks

During President Trump’s address to the nation, he affirmed the United States’ “unbreakable promise” to always remember the lives lost on September 11, 2001. Trump also lauded the brave and courageous means in which Americans united to “save their fellow Americans” and rebuild from a shocking attack.

Later on, the 45th president reminded the nation that good will always prevail over evil. In doing so, Trump also explained the importance of maintaining our country’s values so that generations to come know that America is “the land of the free and the home of the brave.”

In acknowledging 9/11, the president also drew attention to the ways that Americans worked together afterwards. Recovery and dealing with the aftermath of the attack was not easy, yet our nation’s people rose to the occasion anyway.

Trump made sure that Americans remembered this today while speaking about 9/11.

A Day of Remembrance

Similarly to the president’s speech, several current trends on social media reflect that the nation has not forgotten what happened 19 years ago today.

#NeverForget, #AllBuildingsMatter, #AlwaysRemember, and Flight 93 are presently trending on Twitter. The latter trend acknowledges that particular flight’s work to regain control of the plane from the terrorists that hijacked it.

United Flight 93 will always be the 9/11 story that hits me the hardest.

The passengers knew they were dead, and had a choice to make. They could let the terrorist kill more innocent people, or they could fight back.

They chose to fight back and retake the plane . #Heroes pic.twitter.com/qv0qg2QHPl

In other social media posts, Americans are remembering their own personal experiences and where they were upon learning about the 9/11 attacks. Police officers, firefighters, and other first responders are also being honored for the work they put in to save lives and minimize the damage and loss of life.

Just like President Trump’s speech, the nation is remembering 9/11 as an example of America’s fortitude, resilience, and strength.

What did you think about President Trump’s remarks on 9/11? Do you remember where you were and what you were doing when you learned about the terrorist attack? Let us know in the comments section below!