The month of October kicked off with multiple airlines furloughing their personnel. Airlines argued that due to a reduction in flights and serious drops in travelers, they couldn’t afford not to dismiss certain staffers.

What the airlines haven’t talked about are the ways in which they’ve captured the spotlight of controversy. Viral videos show flight attendants booting off passengers because of either their lack of a face mask, not wearing a face mask properly, or even the design of a face mask.

Many of these videos have prompted immense criticism, notably since parents on flights have gotten the boot when their very young children struggled to keep a mask on. 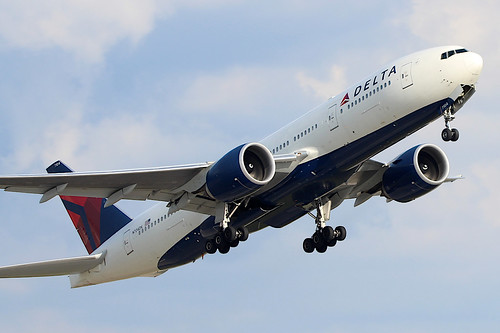 Now, Townhall confirms that Delta Airlines has banned hundreds of individuals from their flights for not wearing face masks; as Delta prohibits passengers from flying with them, they still somehow expect taxpayer dollars to bail them out, courtesy of the federal government.

What to Know About Delta’s Ban of Maskless Passengers

Ed Bastian, the CEO of Delta Airlines, confirmed in a memo to employed staffers that 460 individuals have been added to the company’s no-fly list. Bastian also explained that “refusing to comply with our mask requirement” is the reason why the aforementioned individuals are banned from flying with Delta.

The memo continues with the Delta CEO remarking that “protecting our people, our customers, and our communities” serves as the driving force behind the company’s compulsory mask requirement.

.@Delta CEO: “As of this week, we’ve added 460 people to our no-fly list for refusing to comply with our mask requirement” pic.twitter.com/l6EKbhfZ06

Finally, Bastian described the act of wearing a mask as “simple” and “most effective.” Suffice it to say, there are many people (including doctors and scientists) who disagree with the notion that the almighty face mask is the best defense against COVID-19.

Frontier Airlines and American Airlines have also added passengers to their own no-fly lists for noncompliance with mask orders. Also, airlines are now taking it upon themselves to boot off travelers who do so much as lowering their face mask to eat food or drink liquids.

Should the Federal Government Bail Out Airlines?

Airline companies’ decisions to boot off and ban customers over not wearing face masks has attracted some criticism. In certain cases, individuals wearing Trump attire while in a mask or wearing a face covering with the Thin Blue Line or similar, patriotic designs have faced trouble.

No bailouts for @SouthwestAir !! Or any airline that discriminates!! Hope you go out of business!! https://t.co/k1m8gIq5XL

To many Americans, this is contradictory, entitled, and a waste of taxpayer funds.

What do you think about airlines banning passengers over face masks? Should these airlines receive bailout money from the federal government as they add hundreds of individuals to their no-fly lists? Share your thoughts on the matter with us in the comments section below.