In the United States of America, the vast majority of Republicans and conservatives have a favorable view of President Trump.

This is why the president enjoys an approval rating surpassing 90% from the GOP; likewise, several police groups and conservative organizations have come out and endorsed Trump’s 2020 re-election campaign. 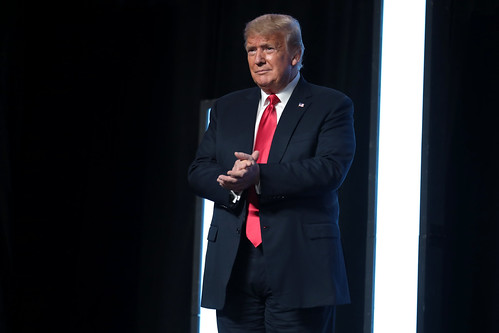 Despite the overwhelming right-wing support for the 45th president, there are still a few clusters of conservatives who do not care for Trump. These conservatives are referred to as anti-Trumpers or Never-Trumpers; furthermore, the few Trump-hating right-wingers that exist have made a point of forming their own little PACs, such as The Lincoln Project.

However, new developments from Fox News show that Lincoln Project co-founders are in a world of trouble as they work to undermine President Trump.

A Deeper Dive Into the Lincoln Project

The Lincoln Project has taken repeated aims at Trump, claiming him to be dishonest, mentally unwell, unqualified, emotionally unstable, etc.

However, as the anti-Trump group tears into the president, The Lincoln Project is considerably less vocal about co-founder John Weaver’s own $313,655 federal tax charge on a home in Texas.

Furthermore, information from the Department of Justice shows that Weaver also worked for a period as a foreign agent for the Russia-based TENEX.

This cabal of political consultants is all in it for the money. If they actually cared about the country, they wouldn't be working to advance the socialist, anarchist agenda of the radical left. Pathetic. https://t.co/gkRKJswCyo

While The Lincoln Project has garnered nearly $20 million dollars since last November, Rick Wilson, another co-founder, faces a $389,420 federal tax claim on his Florida home. Despite this, Wilson has called for investigations into President Trump’s own taxes.

Now, The Lincoln Project regularly asserts itself as a group of heroic and “woke” Republicans striving to save America from the supposedly terrible Trump; however, as time passes, more people are questioning this narrative.

Some have even suggested that the anti-Trump PAC is a means to an end for its co-founders to pay off their monetary debts.

A Statement from The Lincoln Project

In light of the publication of real issues facing co-founders of the anti-Trump GOP PAC, it’s not unreasonable to wonder whether The Lincoln Project has made an official statement.

No re-election for you pic.twitter.com/cKkevBNYln

At this time, the only statements from The Lincoln Project entail more attacks on President Trump and other Republicans, such as the Florida governor.

Many conservatives have questioned why The Lincoln Project co-founders consider themselves right-wingers, seeing as the PAC opposes modern-day conservativism and Republicanism.

What do you think about the tax issues and other problems facing co-founders of the anti-Trump Lincoln Project? Are anti-Trump conservatives simply in it for the money? Let us know what you believe down below in the comments section.