Since the start of the 2020 presidential election, Antifa, Black Lives Matter, and other radical, socialist groups have made clear their interest in the outcome. The interest is in nothing less than a Biden win. Yet, while all Americans are entitled to root for their preferred candidate, the left is doing more than just that.

In the days and weeks leading up to Tuesday, leftist groups organized and openly professed that they would protest, riot, and shut things down if Biden didn’t win the election. At this time, the 2020 race remains largely in the balance. 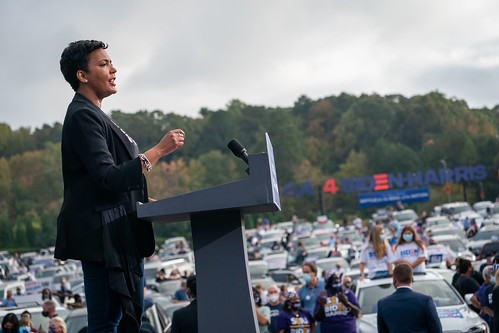 Trump leads in Georgia, Pennsylvania, and North Carolina with large majorities of the vote in. Meanwhile, the Trump campaign is seeking a recount in Wisconsin votes, while Arizona is looking more and more likely to go to Trump.

None of this indicates a clear path to victory for Biden, despite what many on the left are hoping for. This is why Antifa took to the streets last night to demonstrate their loathing of America, reports Breitbart News.

Antifa vs. the United States of America

Antifa activists took to the streets of Denver, Colorado on Wednesday night to make their voices heard. In addition to vandalizing buildings, burning Thin Blue Line flags, incinerating Trump flags, etc., Antifa chanted for “no borders” and “no wall” with “no USA at all” at the very end.

The far-left activists additionally held up signs calling for “death to fascism” while claiming that liberalism perpetuates a “fascist” society. Footage of Antifa’s demonstrations, vandalism, etc., rapidly made the rounds on social media last night, with many Americans horrified.

However, numerous Biden supporters and others on the left praised the behavior of Antifa and called it a “peaceful protest.”

Unrest and demonstrations were largely projected and prepared for prior to November 3. With the election results still being determined, it is likely that businesses in major, left-wing cities will remain boarded up.

Some group let me take a video of burning thin blue line and trump flag pic.twitter.com/2WBTbh2U8w

If President Trump does win re-election, Antifa, Black Lives Matter, and other rioters are expected to engage in more demonstrations as seen last night. Depending on how intense the demonstrations become, there is a real possibility that the National Guard and other law enforcement groups will need to be deployed.