Several battleground states across America continue to have the counting and recounting of votes underway. Georgia announced just earlier this week that they will launch a by-hand recount of all votes across each county in the state. This is something that Georgia’s Secretary of State branded as a simultaneous recount, audit, and recanvass. 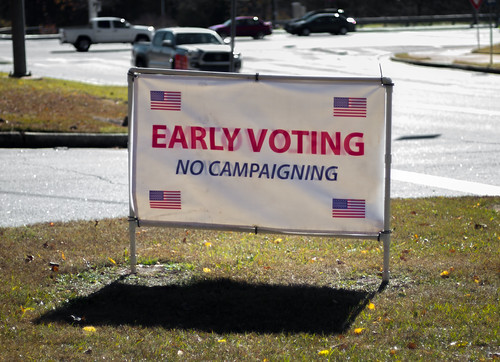 Amid numerous reports of voting irregularities, sworn affidavits about backdated ballots, and more, it turns out that other states are looking to recount their votes. Townhall recently informed the nation that the Arizona Republican Party is now seeking to have their state’s votes recounted by hand.

Everything to Know About the Arizona GOP’s Lawsuit

On Thursday night, the Arizona Republican Party announced its decision to sue for a “lawful hand count” of votes in accordance with “votes by precinct.” The Arizona GOP also noted that recounting votes by hand and in accordance with precincts will ultimately permit “a more precise sampling” of the votes.

BREAKING: This afternoon, the @AZGOP filed suit to enforce a hand count by precinct, not voting center, as required by law.

"Arizona voters deserve complete assurance that the law will be followed and that only legal votes will be counted." — Chairwoman @kelliwardaz pic.twitter.com/xzcqUT8jTc

Responses to the news of this lawsuit vary. Some people have stated that the Arizona GOP’s lawsuit doesn’t go far enough; folks with this mindset are therefore urging for a full audit, citing this as imperative to rooting out fraud.

Americans should also know that the latest lawsuit from the Arizona Republican Party mirrors litigation that the Trump campaign brought forward in Pennsylvania. In a ruling for the latter case, a judge determined that ballots which arrived after November 3 are ineligible to be counted.

Dominion Voting Systems is voting software used nationwide; unfortunately, however, this software is prone to errors and glitches that have caused votes cast for Trump to be put under Biden’s column. As time passes, some Americans are suggesting that these “errors and glitches” are the results of intentional programming, hence voter fraud.

Dominion Voting Systems: Toronto based @dominionvoting was rejected by Texas Secretary of State in 2019 for major flaws in their software. Why was it used this election in 6 battleground states and 22 others? #MAGA #AmericaFirst #Dobbs pic.twitter.com/5QYBspy8VA

Due to the unreliable nature of Dominion Voting Systems, Republicans view by-hand vote counts as the best ways to eliminate irregularities and voter fraud. This is why Georgia is recounting their votes by hand and why the Arizona GOP is seeking similar action.

Yesterday, President Trump took to Twitter, stating that Dominion Voting Systems has caused countless votes for him to be stolen and given to Joe Biden.

What do you think about the lawsuit from the Arizona Republican Party? Should the Grand Canyon State have all votes recounted by hand? Let us know down below in the comments section.