As the radical left calls to completely rid this nation of law enforcement officers, Democrat leaders are all too happy to take the bait.

Multiple leftist mayors across the nation have already announced their decisions to defund their cities’ police departments. Ironically, though, powerful Democrats who support the Defund the Police crowd have yet to scrap their own security details. That, in and of itself is both telling and hypocritical. 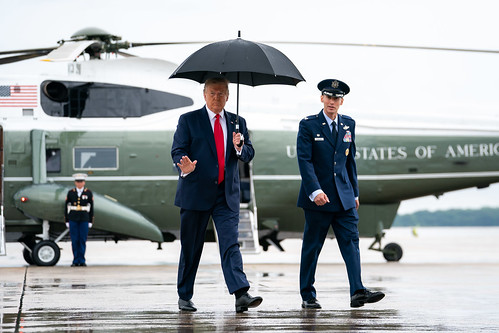 Ice cream company Ben & Jerry’s is one of the latest figures to support defunding the police. Townhall reports that on Juneteenth, the ice cream company published anti-police messages on their Twitter feed and website.

Ben & Jerry’s and Their Calls to Defund the Police

Ben & Jerry’s has chosen to support the debunked and leftist narrative that law enforcement is dangerous and racist. Taking to their Twitter feed, the company called to “defund the police” and “defend” the African-American community.

Defund the police, defend Black communities! This #Juneteenth, it’s more important than ever that we dismantle the racist and ineffective model of American policing. Learn more about how defunding the police works and why we so desperately need it: https://t.co/JLY6f0u5y3 pic.twitter.com/3UnML38dDx

After then branding law enforcement as “racist and ineffective,” Ben & Jerry’s stated that policing in the United States ought to be “dismantled” altogether.

The above tweet is bad enough, but the anti-police content on Ben & Jerry’s website is even worse. There, the ice cream company branded law enforcement as bad at crime-solving, yet “good at racism.”

Today, we honor the Movement for Black Lives and people all around the country taking to the streets and participating digitally to demand justice. Learn more at https://t.co/XDaGZfxKoI #M4BL #SixNineteen https://t.co/3nY2rSaxcl

Shortly thereafter, Ben & Jerry’s went on to assert that investing in communities should happen instead of incarcerating individuals who commit crimes.

It’s too bad that Ben & Jerry’s doesn’t understand — or simply doesn’t care — that these two actions are not mutually exclusive. People can — and should — invest in communities while also allowing law enforcement to stop and lock up dangerous individuals who pose threats to communities.

What do you make of Ben & Jerry’s calls to abolish law enforcement in the United States? Will you be purchasing their ice cream anytime soon? Let us know down below in the comments section.