While progressives and other leftists claim that Black Lives Matter is merely about saving and affirming the value of African-Americans’ lives, the rest of us know better. 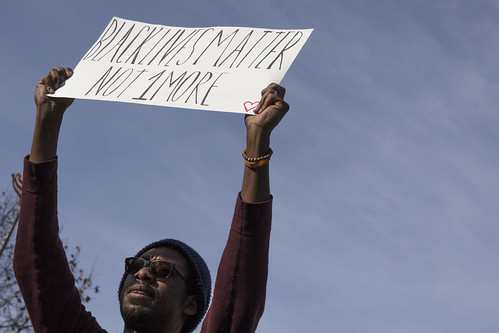 If Black Lives Matter truly valued black lives, they wouldn’t only gather when black criminals are killed by the police. Furthermore, they’d be equally as critical about black-on-black crime as they are about the few white police officers who shoot blacks.

Why Does the BET Founder Believe BLM Should Transition into a Political Party?

BET founder Robert Johnson is calling on the Black Lives Matter movement to form an independent political party. “I think it’s time that African Americans form an independent party, not be an appendage of one party or ignored by the other party.” pic.twitter.com/WBIyfbxAVx

Johnson’s interview with CNBC comes days after him writing a letter to Black Lives Matter and urging them to transform into a third party. This call comes in spite of Black Lives Matter setting fire to buildings, tearing down statues, and defacing monuments.

The violent behavior linked to individuals associated with Black Lives Matter has caused some Americans to regard them as a hate group. Remember, Black Lives Matter is the same group that’s called for dead police officers and presently leads the asinine movement to “defund the police.”

Do you think Black Lives Matter should transition into a third political party? Let us know what you think in the comments section below!