Biden Accused of Playing Defense Amid Absence from Campaign Trail

Joe Biden’s style of running for president continues to bring him negative press. 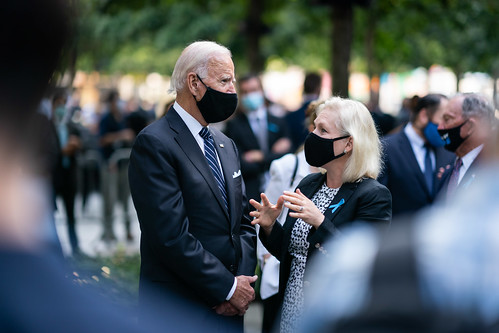 Biden has hosted certain live, in-person events, only to stammer and appear disoriented while reading from a teleprompter. Then, there are instances where the former vice president disappears from the public eye altogether. Political pundits have descended upon this unusual behavior from this person claiming that he should replace Trump as president.

Fox News notes that multiple sources, including President Trump himself, slammed Biden for disappearing from the campaign trails this past weekend.

Here One Day, Gone the Next

Over the weekend, the American people did not see Biden at all, whatsoever. Americans did see President Trump though; the commander-in-chief traveled to Nevada to host multiple rallies and connect with supporters.

Trump called upon Nevada’s Democrat governor to reopen the state; he also noted the importance of jobs, manufacturing, and a healthy economy. Aside from addressing critical policy and election matters, the president also criticized Joe Biden for going back into hiding in his Delaware basement.

His handlers quickly assure him he's going to Florida. pic.twitter.com/S8cCRgtJQk

However, the 45th president is not the only person with commentary about Biden’s absence this past weekend. Earlier today, political reporter Joe Concha spoke with Fox & Friends, stating that Biden is running for office on a strategy of “pleading the fifth.”

Concha also informed that he’s never seen anything like this before. The political reporter then told Americans that Biden’s campaign strategy is akin to entering ” [a] heavyweight fight without sparring or training.” Concha also made sure to note that with weeks until the first presidential debate, the former vice president isn’t helping himself out.

While many prominent Democrats have urged Biden against debating President Trump, the former vice president has not (yet) backed out.

Fox News’ Chris Wallace is set to moderate the debate between both presidential candidates and Concha also had some statements about this upcoming event. The media reporter opined that Biden’s lack of “tough interviews” will put him in an unprepared state for hard-hitting questions or intensity from President Trump.

Finally, Concha declared that Biden’s dialed-back campaign techniques are hindering him from winning over Independent voters.

What do you think about how Joe Biden has chosen to run his presidential campaign? Let us know in the comments section below!