Biden Accuser Tara Reade: “No Democracy” With Sanders Out of 2020 Race

In a fascinating turn of events, Bernie Sanders’ exit from the 2020 race has brought new attention to an accuser of now presumptive Democrat nominee Joe Biden.

Towards the end of last month, Americans learned of shocking rape allegations against Biden; Tara Reade, the accuser of the former vice president, maintains that when she worked as Biden’s staffer in 1993, he forced her against a wall and used his fingers to penetrate her body. 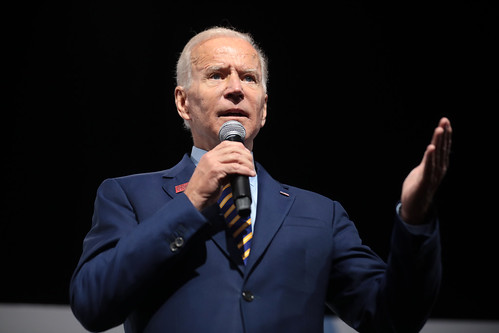 Since these allegations, Biden’s campaign has come out and issued a denial. However, Reade isn’t done just yet. On Wednesday, she took to her Twitter feed, citing that Sanders’ removal from the race leaves her with “no democracy.”

While the socialist candidate remained in the race, Reade was fairly open about her support for him. Shortly after news broke of Biden being the last remaining Democrat candidate, Reade strongly weighed in with some thoughts of her own.

Many of you that supported different Dem candidates are struggling right now.
I will still fight to have my history with Joe Biden known that he sexually harassed & assaulted me when I was his staffer in 1993.
You all need to vote for who you wish. For me there is no democracy. pic.twitter.com/RzfupaDAqu

Despite encouraging people to vote for who they feel the need to support, Reade made clear that she’s not done sharing her allegations about Biden.

The former Senate staffer explained that the fight to have her alleged assault from Biden known is ongoing. Finally, Reade also acknowledged her awareness that many Democrat voters are struggling due to the aforementioned developments.

Joe Biden’s campaign has not responded to Tara Reade since denying her allegations against him last month. Moreover, Sanders, whom Reade supported for president, conveinently declined to mention the former staffer’s account while he was in the running.

Truthfully, the socialist senator had loads of opportunities to issue some real criticisms against Biden and he declined. Instead, Sanders opted to only limit his censure of Biden to policy while the former vice president gladly accepted outside help from the DNC.

What do you make of Tara Reade’s claims about a lack of democracy post-Sanders’ campaign? Do you believe the latest rape allegation against Joe Biden will hurt him in the general election? Sound off in the comments section below!