Since the inception of Joe Biden’s 2020 presidential run, he has repeatedly demonstrated that not everyone is meant to run for the White House.

As if Biden’s insults against voters weren’t bad enough, his campaign is marred by repeatedly misspeaking, forgetting what state he’s in, and deeming himself as the arbitrator of whether certainly black Americans are “truly” black. 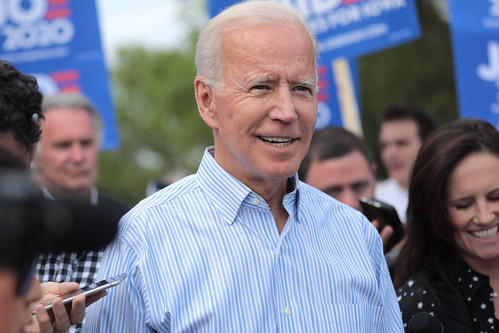 Now, the ex-vice president is, once again, under a microscope for bizarre and inappropriate comments. Fox News documents Biden’s claim that 10% to 15% of individuals living in the United States are simply “not very good people.”

What Joe Biden Really Thinks About People in America

Yesterday, Biden continued his campaign for the presidency by hosting a virtual town hall. With supporters watching, the presumptive Democrat nominee went off into a monologue about America’s potential.

Per the former vice president’s admission, he believes that it’s important to appeal to the decency of individuals in order to unite the country. During this time, Biden also made the claim that about 10% to 15% of Americans aren’t “very good people.”

This claim was followed by Biden stating that a “vast majority” of U.S. citizens aren’t like the allegedly bad 10%-15%.

Joe Biden says that about "10 to 15 Percent" of Americans are "not very good people." pic.twitter.com/xwd1W6tLrr

When making this statement during his virtual town hall, Biden failed to go into further details. This has left many Americans questioning exactly which individuals the former vice president views as the 10% to 15% of “not very good people.”

In light of Biden’s pattern of oral blunders and missteps, Americans should not hold their breaths waiting for a sensible or logical explanation. In the days to come, Biden’s campaign team will likely attempt to run damage control and protect what is left of his image.

What do you make of Joe Biden’s statements regarding 10% to 15% of “not good people” in this country? Do you believe Biden himself is a good person? Let us know in the comments section below!