Biden Distances Himself from Calls to Defund the Police

As time passes, many Americans have wondered where Joe Biden stands on all this. The Democrat nominee has consistently moved further and further to the left in the hopes of appeasing his left-wing, socialist base. Therefore, people are curious about whether he’ll follow suit as it pertains to the movement to defund police. 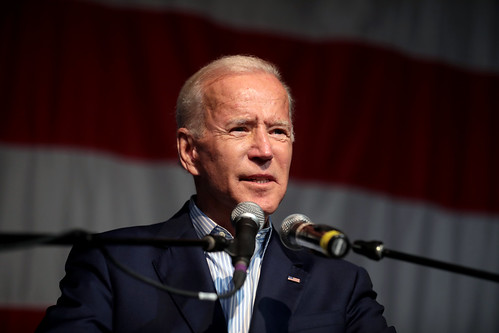 On Monday, Joe Biden’s presidential campaign pushed back against association with the defund the police movement. Fox News reports the Biden camp’s claims that “reform” rather than the abolition of law enforcement is necessary.

Where Does Biden Stand on Defunding the Police?

Bates declared that while Biden understands “the deep grief and frustration” of those who wish to defund the police, the former vice president himself doesn’t favor this measure. The rapid response director continued by stating that Biden priorities lie in halting “this terrible pain” and ensuring that justice is served.

This moment is a wake-up call for all of us. It's long past time we deal with systemic racism, growing economic inequality, and the denial of the promise of this nation to so many. pic.twitter.com/IV4EVWAfRO

Some of the reform measures supported by Biden include treatment programs for substance abuse, public school funding, mental health initiatives, and more. Critics of Biden have already slammed his campaign’s response as “weak” and failing to condemn the radicals within his base.

The former vice president’s move to distance himself from defunding the police arrives at an interesting time. Rep. Alexandria Ocasio-Cortez, one of Biden’s own climate change advisers, has come out in favor of the defund the police movement.

What do you think about the Biden campaign’s response to defunding the police? Let us know in the comments section below!