Before noon on Saturday, major media outlets called the 2020 presidential election for Joe Biden. They did this in spite of the following: documented instances of tabulation and clerical glitches giving Trump’s votes to Biden, ongoing vote counts, court orders to separate late-arriving ballots from timely ones, the presence of illegal votes, etc. 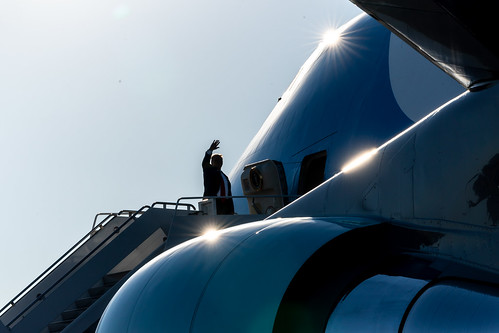 Despite what many Americans believe, the press does not decide who becomes the next president, but the people sure do. Right now, the voice and will of the American people are being drowned out by illegal votes and faulty software errors that, interestingly enough, seem to work exclusively to Biden’s benefit.

The Trump campaign’s prosecution of their various cases begins in court this week. As such, the Trump administration is not providing Biden with White House transition access or funding, confirms Washington Examiner.

Pumping the Breaks on the Rush for Biden

Since November 3, several forces have worked to hurry Biden into victory; thus far, they haven’t met the mark just yet.

The rush to call various states for Biden as vote counts, recounts, and exceedingly thin margins remain underway is telling; so is the media’s refusals to call states for Trump even when he leads by several points with more than 94% of the total vote in.

Consistently referring to Biden as “president-elect” also does not make it so; the former vice president has yet to be officially confirmed. Furthermore, with all the litigation and ballot counts underway, it will be awhile before Americans learn the true outcome of this election.

This is why the Trump administration is not giving Biden’s team funds for transitioning into the White House; nor is the current administration providing Biden with access to office space or government agencies either.

Biden and his team must first wait until each legal vote is counted and until all litigation is complete; this is going to take some time.

A Statement from the General Services Administration

Per the GSA, an “ascertainment” regarding the true winner of the 2020 presidential election remains absent. The body also continued, stating that “the process laid out in the Constitution” is what GSA adheres to regarding the determined winner of an election.

America needs to use the nonsense that has going on during this election cycle to fully examined and fix a broken and corrupted system. If there’s nothing wrong they won’t find anything, though they seem to be finding a lot.

Why would any American object to that?

Before the statement concluded, the body affirmed that they have met “statutory requirements” and will carry on as such. At this point, the full counting of votes and end of litigation must be reached before Americans truly know the authentic winner of this presidential race.

Do you believe that there is a rush to get Biden in the White House while casting vote counts and legal disputes aside? We want to know your thoughts in the comments section below!