Joe Biden continues to face questions due to one of several sexual assault allegations against him.

Tara Reade, a Senate staffer who worked for Biden in the early 1990s, is not going away. As a matter of fact, Reade’s presence in media has actually increased over the past several weeks. The former Senate aide maintains that Biden physically trapped her against a wall in 1993 before forcing his fingers inside of her. 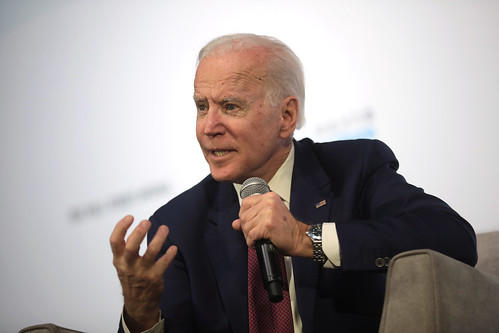 The former vice president, of course, continues to deny this account. Yesterday, however, Biden added a new element to his rebuttal, claiming that he doesn’t even remember Tara Reade, documents Breitbart News.

During yesterday’s airing of an MSNBC interview, the presumptive Democrat nominee claimed that he has no recollection of Tara Reade. This is a first and some Americans might question why Biden didn’t previously mention his lack of recollection if he truly didn’t remember his former aide.

In addition to saying that he doesn’t remember Reade, Biden also alleged that her story “changes considerably.” Shortly thereafter came a barely-coherent rant where the former vice president professed that “truth matters” and called for Reade’s claims against him to be properly investigated.

Biden also announced to Americans that he doesn’t want to “question” any motives that Reade may have by coming forward. However, he did repeatedly assert that there is no truth, merit, or basis to her allegations.

Objectively, only Biden himself can know whether or not he truly remembers Tara Reade. With that in mind, the disclosure regarding his absent recollection of Reade seems like something that one might lead with when facing serious sexual assault allegations.

Do you believe that Joe Biden truly does not remember Tara Reade? Let us know in the comments section below!