The Second Amendment is a right that many Americans hold dear; believe it or not, gun ownership has surged across the nation over the past several months.

Between the shutdowns and riots breaking out in various cities, the American people are looking for ways to protect themselves and prepare for any surprises that may lie ahead. 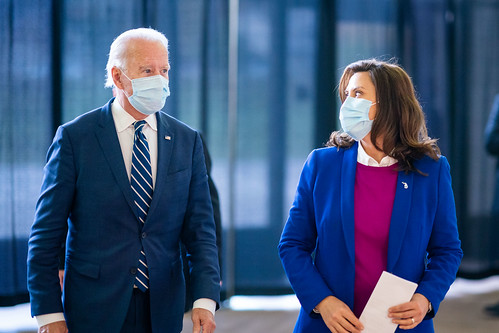 “Remarks on Healthcare at Beech Woods Rec” (CC BY-NC-SA 2.0) by Biden For President

Collectively, the Democrat Party has made absolutely no attempt to mask its disdain for the Second Amendment. However, Americans who thought that mandatory buyback programs entailed the extent of Democrats’ disdain for gun ownership should think again.

The public must be aware of a Biden plan that would actually increase the amount of taxes paid by gun owners in America, per Breitbart News.

What to Know About Biden’s Anti-Gun Owner Tax Plan

Mandatory buyback programs are only the starting point when it comes to the radical, anti-Second Amendment agenda of Joe Biden.

Under Biden’s gun control plan, American gun owners would be mandated to either sell so-called “high-capacity magazines” back to the government or to register them under 1934’s National Firearms Act (NFA).

Joe Biden makes the most extreme gun-control push of all the 2020 Democrat presidential candidates:

This call from Biden would ban most handguns pic.twitter.com/4iQkalBxVa

The NFA is uniquely insidious when digging beneath the surface. Were the former vice president to get his way in this area, gun owners across the nation would be mandated to fork over $200 in federal tax for each “high-capacity magazine” in their possession.

A Ban on “Assault Weapons”

Joe Biden is on the record stating multiple times that ownership of “assault weapons” should not be legal here in America.

This, combined with Biden’s own gun control plan, makes the writing on the wall quite clear here. It also exposes the deceitfulness of Biden’s claim that under his administration, no one making less than $400,000 annually would see their taxes increase.

As you put a lid on until Thursday? How are we the undecided supposed to feel when you’re not answering any questions and trumps visiting 4 states a day?

A $200 federal tax on each “high-capacity magazine” equates to a tax increase for many, many Americans across the nation. Moreover, there are countless citizens in the country earning less than $400,000 who also own the firearms that Biden wants to buy back, register, tax, and ban.

What do you think about Biden’s plans to raise taxes on gun owners in America? Would you be willing to register your guns under the National Firearms Act? Don’t be afraid to let us know your thoughts in the comments section below!