Last month’s passing of the now-late Justice Ginsberg significantly shook up the dynamics of the 2020 presidential election.

While Americans faced a series of important issues, the fate of the Supreme Court quickly shot to the top of that list.

Democrats have repeatedly argued that the next president of the United States ought to nominate a justice to fill Ginsberg’s vacant seat; Republicans, on the other hand, maintain that as the commander-in-chief, Trump is within his rights to pick a nominee and so he did with Amy Coney Barrett. 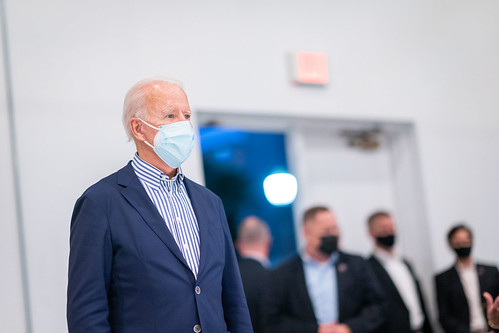 One of the most prominent voter questions has been whether or not Joe Biden and Kamala Harris intend on packing the Supreme Court if Democrats somehow win the 2020 election.

While Harris refuses to answer this question, Biden, by his own admission, doesn’t believe that Americans “deserve” to know the answer, per Breitbart News.

Why Biden and Harris Won’t Answer the SCOTUS Question

At this point, it is apparent to most that Biden and Harris won’t answer questions about whether or not they intend to pack the court because they believe doing so would be politically inconvenient. During the vice-presidential debate, Harris repeatedly dodged this question, despite being directly asked by Vice President Pence.

Last week, a reporter specifically asked Biden about the matter. The reporter noted that many voters have concerns about this before questioning the former vice president on whether or not he believes voters deserve to know.

REPORTER: “Don't the voters deserve to know [your position on packing the supreme court?]"

Biden cleared declared that voters do not deserve to know. The Democrat that is asking Americans to elect him has also claimed that voters will know his decision after the election is over. This attitude, of course, has caused Biden to take heat.

Some voters believe that if they don’t deserve an answer on court-packing, then Biden doesn’t deserve to become president.

Backlash from the Public

Americans have eviscerated Biden since his assertion that voters don’t deserve to know his stance on packing the Supreme Court.

Vice President Mike Pence described the notion of Democrats packing the Supreme Court in response to Barrett’s nomination as a “power grab” in politics. This assessment came after Pence described Biden’s lack of transparency with the public on his court-packing position as “outrageous.”

Biden is again asked why voters don’t deserve to know his views on court packing. He responds: “The only court packing going on right now is going on with Republicans packing the court right now … I’m going to stay focused on it so we don’t take our eyes off the ball here." pic.twitter.com/E9H5rIXMX2

Despite the backlash, Biden continues to double down on his lack of transparency. Amazing, the 2020 Democrat still believes that people who “don’t deserve” an answer regarding packing the court should also vote him into the highest office of the land.

Why is Joe Biden so unwilling for Americans to know his position on packing the court before the 2020 election? Let us know your thoughts on Biden and the Supreme Court’s future in the comments section below!