Biden to Black Americans: “You Ain’t Black” if You’re Not for Me!

Members of the Democrat Party continue to believe that they are owed the black vote and support from other minorities.

For decades, Democrats have attempted to garner this support by falsely accusing Republicans of racism. Additional leftist tactics to win over minorities have included pandering and pretending to be fighters for justice. In actuality though, Democrats create problems and then step in with lackadaisical solutions which only worsen these problems. 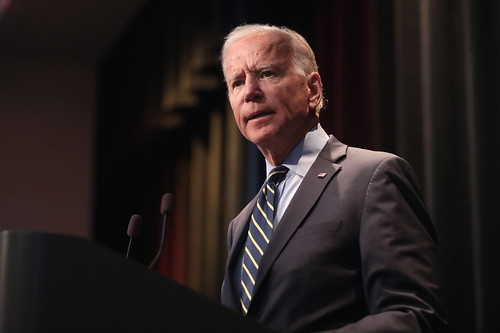 Now, the left-wing is attempting to shame minorities into supporting Democrats. Look no further than presumptive Democrat nominee Joe Biden. Earlier this morning, Biden professed that black Americans who are unsure of whether to support him over President Trump simply “ain’t black,” reports Breitbart News.

The former vice president’s statement showing his perceived entitlement to the black vote occurred during an interview with Charlamagne tha God, co-host of The Breakfast Club.

Towards the end of Biden’s 18-minute interview, Charlamagne encouraged him to go visit with The Breakfast Club next time Biden is in New York. However, after the co-host stated that he had “more questions” and noted the time between now and November, the presumptive Democrat nominee lost it.

.@JoeBiden: "If you have a problem figuring out whether you're for me or Trump, then you ain't black." @cthagod: "It don't have nothing to do with Trump, it has to do with the fact — I want something for my community." @breakfastclubam pic.twitter.com/endvWnOIV2

Like many left-wingers, Biden believes that he is entitled to black support and black votes. The former vice president stated that African-Americans “ain’t black” if they’re not certain about whether to support him over President Trump. Biden’s arrogance and hubris are telling, leading Charlamagne to state that his concern isn’t about Trump, but about “[wanting] something for [his] community.”

This is the ex-V.P. of the United States saying "stay on the plantation."

This is an abhorrent and utterly racist and demeaning thing to say.

He's admitting that he believes that black identity is subject to loyalty to the Democrat Party.#WalkAway #RememberInNovember

The former vice president then became defensive, stating that the Breakfast Club co-host should “look at [his] record.” Biden cited endorsements from the NAACP and extending the Voting Rights Act as benchmarks that make his record “second-to-none.”

Do you believe that black voters are obligated to vote for Joe Biden? What do you make of his remarks that black Americans “ain’t black” if they’re not supporting him over President Trump? Let us know in the comments section below!