This Tuesday night, both President Trump and Democrat nominee Joe Biden will square off against one another for the very first presidential debate. Set to take place in Ohio and for 90 minutes, both candidates will answer questions about a series of subject matters; the SCOTUS battle, coronavirus, the economy, and more will come up.

For quite some time, Americans have theorized that Biden would try to get out of debating President Trump. The Biden campaign, however, confirmed that the 2020 Democrat nominee will actually show up to face off against the president. 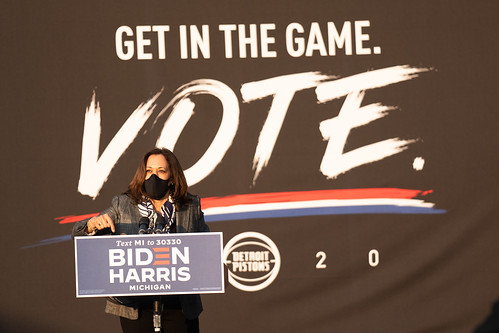 Multiple Democrats have pushed for Biden to renege on battling Trump on the debate stage. With mere days left until the first presidential debate, the former vice president remains under pressure not to go up against Trump, according to Washington Examiner.

A Closer Look at the Push to Block Trump-Biden Debates

Nancy Pelosi, the House Speaker, has been one of the most outspoken fans of cancelling the Trump-Biden debates. Weeks ago, the Speaker stated at a press conference that Biden shouldn’t “legitimize” Trump by respecting the tradition of presidential candidates facing off against each other on the debate stage.

On Friday, the Democrat repeated the same talking point during a CBS News interview. Pelosi stated that because Trump supposedly lacks “fidelity” to the Constitution, facts, and truth, Biden shouldn’t debate him; in the House Speaker’s own words: “why bother?”

Pelosi also claimed that her interest in Biden backing out of the debates has absolutely nothing to do with concerns that he’d drop the ball. However, many Americans simply aren’t buying this.

The former vice president has repeatedly stumbled through speeches, misquoted the Declaration of Independence, forgotten the Pledge of Allegiance lines, and spoken of a “Harris-Biden administration.”

The Truth About the Debates

If the president or his allies talked about backing out of debates against President Trump, the Democrats would not say it’s because Biden lacks fidelity to honesty or the Constitution.

Conservatives slammed Pelosi for, yet again, urging Biden to go back on his commitment to three debates against President Trump.

Biden admitted this is real https://t.co/uprO6L4rVw

Others maintain that, despite Pelosi’s claims otherwise, Democrats’ real interest in cancelling Trump-Biden debates is rooted in preventing the former vice president from embarrassing himself and further hurting his election chances.

Are you looking forward to the first Trump-Biden debate on this Tuesday? Will you be watching? Let us know down below in the comments section.