Earlier this week, California Governor Gavin Newsom announced another shutdown for the state. In Newsom’s own words, the Golden State is reverting back to a “modification mode” of a stay-at-home directive.

Under the orders of the California governor, virtually all “non-essential” businesses are mandated to close their doors. This includes bars, wineries, zoos, nail salons, barbershops, gyms, fitness centers, hair salons, and more.

On top of these shutdowns, California residents also remain under a stringent face mask mandate that is routinely promoted by Newsom. 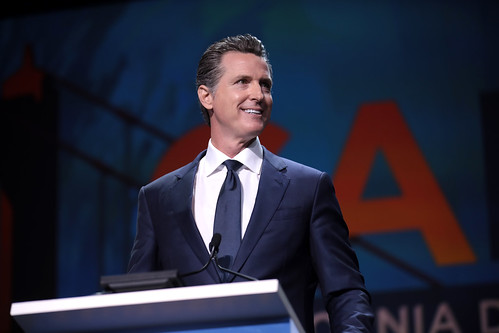 To say that California Republicans are furious with the leadership of Governor Newsom is a massive understatement. This is why GOP members in the Golden State are now tearing into Newsom for yet another shutdown, confirms Fox News.

GOP members in California maintain that Newsom has ultimately failed the state’s residents. In addition to censuring the governor’s demands for schools to stay closed and small businesses to shut up shop, conservatives in the Golden State believe that Newsom’s “true colors” prove he’s not up to leading California.

The Calfornia governor’s decision to shut down the state, yet again, comes as millions of residents work to regroup from the first lockdown.

Not too long ago, Americans learned that mass lockdowns prompted millions of people to lose not only employment, but also health insurance; this does not bode well for California, especially since the state is comprised of more than 40 million residents.

How Long Will the Second Shutdown Last?

Right now, California appears to be on lockdown for an indefinite period of time. On Monday, when Newsom announced the “modification mode” return to lockdown, he did not give a time frame for when businesses will be given the green light to resume operations.

This spells bad news for many California residents who are barely making it or were just getting back on their feet.

Fitness Mania Owner Mike Ends is staying open in defiance of Gov. Gavin Newsom's order that gyms close to slow the spread of the novel coronavirus in Riverside on Tuesday, July 14, 2020. (Photo by Terry Pierson, The Press-Enterprise/SCNG) pic.twitter.com/cKwrVdZeFd

One gym based in Riverside is already defying Newsom’s shutdown orders, however. Fitness Mania remains open with owner Mike Ends stating that closing down again will cause him and his workers to “lose everything [they] have.”

Ends has additionally expressed a willingness to legally challenge Newsom’s shutdown in a court of law if it comes to that.

What do you think of the California Republican Party’s response to Governor Newsom? Is the California governor worsening the state by issuing yet another lockdown? Let us know down below in the comments section.