The ways in which some leaders are responding to coronavirus is raising many eyebrows and causing major disputes between certain individuals. From shutdowns, to mask mandates, and more, many Americans do not see eye-to-eye on proper ways to handle COVID-19. 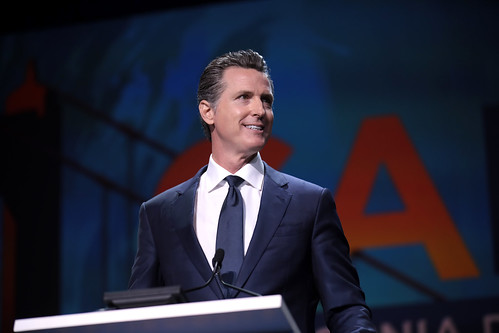 One of the most controversial decisions of all deals with setting prisoners free, despite the nature of crimes they’ve committed. Leaders who have chosen to do this claim that letting inmates out of jail will reduce the spread of coronavirus in highly concentrated prisons; the safety of civilians in areas where prisoners are released doesn’t seem to be a concern, however.

According to Townhall, California Governor Gavin Newsom has signed off on a plan to free 8,000 new prisoners from jail before September arrives. This comes in addition to previous inmates in California that were freed from prison.

Per the Newsom-approved plan, some of the prisoners to get released into civilized society will be those with 180 days or less to serve behind bars; thus far, this initiative has not stated that violent offenders are excluded from the 8,000 to be let out.

Instead, the state of California has opted to give prisoners a “credit” that reduces their sentences by 90 days. It’s important to note that while Governor Newson has signed off on a plan to let thousands of prisoners out of jail, crime is skyrocketing across the nation. Meanwhile, Los Angeles Mayor Eric Garcetti has agreed to reduce funding to the local police department.

Wearing a mask will LITERALLY save lives. pic.twitter.com/mIvQ5L2wzj

With all of this in mind, Newsom’s plan to free prisoners amid higher crime and defunded police departments has attracted strong conservative criticism. However, keeping people off of beaches and issuing forced face mask mandates appear to be the priorities highest on the California governor’s list.

In recent months, many individuals with the means to do so have left the state of California. Due to the very high taxes, expensive cost of living, and radically liberal policies, numerous Americans have sought other states to call home.

If past events indicate future ones, California’s decision to release thousands of new inmates onto the streets will definitely impact members of the community. Time will tell which other policies the California government enacts in the name of halting coronavirus.

What do you think of California’s plan to let 8,000 new inmates out of prison before September? Let us know down below in the comments section.