As one of the most liberal news networks, CNN has an established pattern of mocking and belittling Americans who are supportive of President Trump. On several occasions, CNN guests and hosts denigrated the intelligence, aptitude, and what they view as the mindsets of Trump supporters. 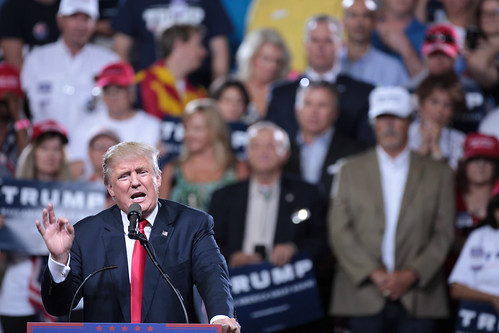 Yesterday night, the denigration of Trump supporters continued on CNN’s platform. News anchor Don Lemon went after Americans who back the president, while also noting that he’s removed folks who are presumably conservatives and/or Trump supporters from his life, confirms Breitbart News.

Lemon kicked off his tirade against Trump supporters by explaining that he, himself, is from a “red state” and has lived in many red states.

Shortly thereafter, the CNN host revealed that since the arrival of COVID-19, he’s removed individuals from his life that he views as “nonsensical” about the virus and “blinded” by “state TV” talking points.

CNN’s Don Lemon says he had to get rid of a lot of friends of his that are Trump supporters:

"I just had to get rid of a lot of people in my life because sometimes you have to let them go. I think they have to hit rock bottom like an addict.”pic.twitter.com/OTou3b54s4

After declaring that red states in America are “the problem,” Lemon proceeded to liken Trump supporters to drug addicts. He also professed that a fall to “rock bottom” is necessary in order for folks who support Trump to “live in reality” and “want to know the truth.”

Finally, Lemon explained that he doesn’t know if he’ll ever revive his friendship with presumably Trump supporters and/or people who disagree with him on matters regarding COVID-19.

The left’s open hostility towards Trump supporters is nothing new. Just earlier this month, Joe Biden referred to Pennsylvanian Trump supporters as “chumps” after they crashed his event that garnered minimal attendance.

In 2016, Hillary Clinton branded Trump supporters as a “basket of deplorables” before losing to the current president. In more than one way, and time and time again, the Democrat Party has repeatedly shown what they truly think and feel about Americans who differ from them politically.

If I don’t sound like a typical Washington politician, it’s because I’m NOT a politician. If I don’t always play by the rules of the Washington Establishment, it’s because I was elected to fight for YOU, harder than anyone ever has before! https://t.co/gsFSgh2KPc pic.twitter.com/kCtPkRWdY4

Right now, the 2020 presidential election is precisely four days out. The Trump camp — and his supporters across America — remain confident that the president will secure another victory and win four more years in the White House. Democrats, on the other hand, are claiming that Tuesday will mark a win for Joe Biden.

Many themes of the 2016 presidential election have carried out during this current election cycle; none of this has gone unnoticed by the American people.

What do you make of CNN’s latest insult towards Trump supporters? What do you see as the outcome of Tuesday’s presidential election? Let us know down below in the comments section.