The death of George Floyd has prompted new conversations about race and policing in America. Many people on the left continue to tout the false narrative that police officers are inherently racist and driven to harm people of color.

What the left won’t mention, however, is the numerous police officers and law enforcement groups that have condemned the killing of George Floyd. However, as riots and social demonstrations play out in America, one news commentator has an outlook on race relations that won’t sit too well with the left-wing. 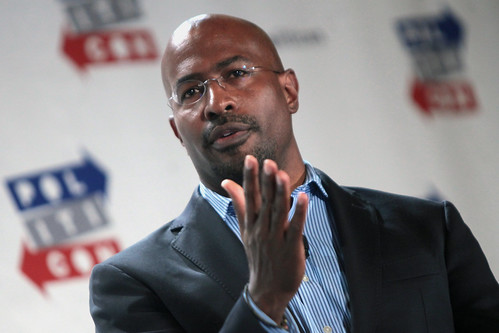 A Closer Look at Van Jones’ Commentary on White Liberals

During Friday’s segment of CNN, matters regarding race relations in the wake of Floyd’s death arose. However, Jones’ statements on race greatly differed from the typical takes espoused by the far-left network.

According to the commentator, white liberals pose a greater threat to African-Americans than the KKK; when making this claim, Jones cited the example of a white woman who called police on a black man in Central Park after he requested her to put her dog on a leash.

CNN’s Van Jones on threats to blacks: “It is not the racist white person who is in the KKK that we have to worry about. It is the white liberal Hillary Clinton supporter walking her dog in Central Park … she weaponized race like she had been trained by the Aryan nation” pic.twitter.com/g1gp3k7aFt

Likening this woman to the “white, liberal Hillary Clinton supporter,” Jones stated that individuals with this mindset pretend not to see race until seeing a black person they do not trust. The CNN commentator also accused the aforementioned white liberals of “[weaponizing] race” like an Aryan nation trainee.

What do you think about Van Jones’ statements concerning white, liberal supporters of Hillary Clinton in America? Is the CNN commentator right or wrong? Don’t hold back in the comments section below!