In the 2020 presidential election, millions of Americans will get the chance to vote ahead of time. While many people have different outlooks on early voting, it does mean that millions of votes will already be cast before President Trump and Joe Biden debate one another.

Over the past week or so, the media has meticulously dropped breadcrumbs that would pave the way for Biden to skip out on debating the 45th president.

A recent New York Times opinion piece called for an end to presidential debates altogether; this arrived around the same time that Joe Lockhart, a Democrat aide, urged Biden not to debate against the president. 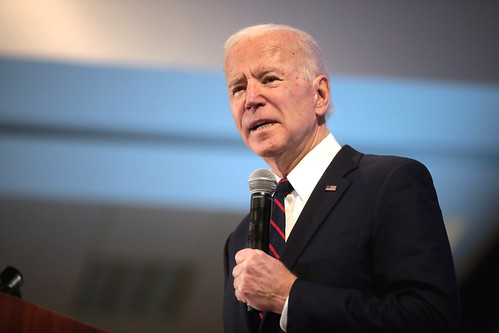 In light of the reality that millions of Americans are set to cast their votes prior to the first presidential debate, President Trump’s re-election campaign formally requested a fourth debate or a date change of the three scheduled debates.

Breitbart News confirms that the Commissions on Presidential Debates has declined the appeal from the Trump 2020 re-election campaign.

Why Didn’t the Commissions on Presidential Debates Agree with the Trump Campaign?

The Commissions on Presidential Debates provided a loaded response to the Trump campaign.

The organization stated that “ballots issued by a state” are not the same as “ballots cast by voters.” Furthermore, the Commissions on Presidential Debates went on to claim that voters who receive ballots from the state are not mandated to return them prior to the first Trump-Biden debate.

In another note, the organization told the Trump campaign that consideration for another presidential debate would arrive only if both candidates agreed to another debate.

Thus far, Joe Biden has not indicated an interest in more than three debates against the president; however, Biden’s wife, Jill Biden, did state that the former vice president will attend all three debates that are presently scheduled.

What to Expect from Trump-Biden Debates

In keeping with most presidential debates over the years, both Trump and Biden will be asked a series of questions about relevant policies and events in the country. Both candidates will also be expected to explain why they — and not their opponent — are worthy of the presidency.

What happened to Joe Biden? pic.twitter.com/1Xn0yWnRCt

With the first presidential debate still weeks away, many Americans have doubts about Biden’s ability to handle himself. Conservatives also maintain that these doubts are why certain Democrats are pushing for Biden to renege on the three promised debates against President Trump?

Do you think Trump and Biden should debate one another prior to early voting in sixteen different states? Let us know in the comments section below!