Over the past several years, Americans have witnessed the socialist and communist turns of the Democrat Party. From policies like the Green New Deal, socialized healthcare, stricter regulations upon businesses, etc., it’s very clear that Democrats believe more government is the solution, rather than the problem.

The one-size-fits-all attitudes that Democrat politicians have taken towards COVID-19 also speak to the party’s affinity for socialism and communism. 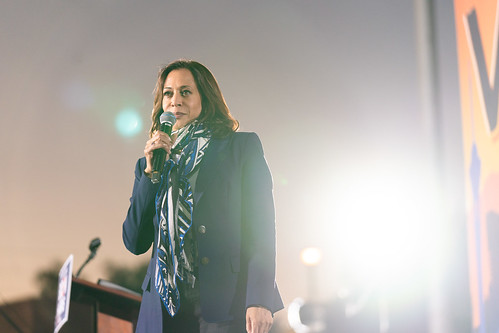 Numerous times, Joe Biden and other Democrats have stated that Americans have a collective “duty” to wear face masks, shut down their businesses, and go on lockdown, regardless of how much this hurts individuals.

As time passes, Democrats are becoming bolder and bolder in their lauding of the far-left. Just yesterday, Kamala Harris tweeted out a video that outrightly endorses communism, while trying to dress it up as utopian and fair for all, per Townhall.

In Harris’ endorsement of communism, she posted a 50-second video that dismisses equality of opportunity as not enough. Instead, the California senator believes in “equity” to ensure that everyone arrives “at the same place.”

I’ll save you all time, she’s a communist. They always make it look and sound pretty, fair, unthreatening and utopian but in reality it’s always ugly, unfair, full of threats and dystopian. Venezuelans & Cubans have seen this movie before and are warning you it doesn’t end well.

The video goes on to slam “equality” as problematic, claiming that it isn’t sufficient since all people don’t “[start] out from the same place.” The notion of government ensuring that all folks end up “at the same place” is scary to many folks in this nation; it directly goes against American values like freedom, liberty, and the pursuit of happiness.

Since posting the video, Harris has drawn immense criticism. Americans are holding her feet to the fire for attempting to dress up communism and present it as something other than an oppressive, horrific, and dystopian nightmare.

“Build back better” is the slogan of the Biden-Harris ticket. After viewing the pro-communism video shared by Harris yesterday, Americans can get a very clear idea of what Democrats consider as “better.”

“Equitable treatment means we all end up in the same place.” That’s equality of *outcomes* enforced by the government. They used to call that communism.

Both Biden and Harris are on record stating that Americans will lose tax cuts if Trump doesn’t win a second term in office. Biden furthermore admits that he will close down the country again, force a nationwide mask mandate, and require Americans to get a COVID-19 vaccine whether they want it or not.

Tomorrow, Americans will have the final day of voting on whether to Make America Great Again or Build Back “Better.”

What do you think about the idea of government ensuring an equal outcome for its citizens? Let us know in the comments section below.