Amid school shutdowns and debates about getting young people back into classrooms, school choice has taken center stage.

President Trump and other Republicans have strongly rallied for school choice. In fact, conservatives overwhelmingly maintain that parents have the right to determine where their kids attend school; Democrats, by contrast, believe that school choice ought to be reserved for big government rather than parents. 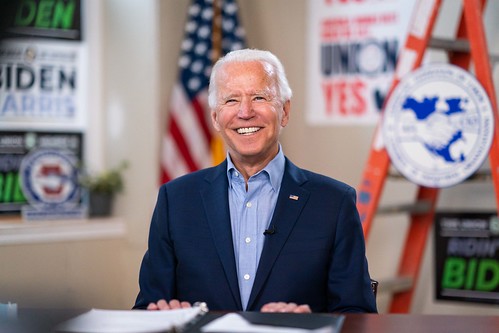 Recently, congressional Republicans included school choice within legislation designed to provide COVID-19 relief. Breitbart News, however, reports that Democrats are railing against this proposed bill, even going as far as to brand school choice as a “poison pill.”

Yesterday, Chuck Schumer, the Senate Minority Leader, railed against proposals that congressional Republicans put forth in the coronavirus relief bill.

Schumer accused the GOP of “[going] backwards” with “poison pills” that fail to meet the necessities of Americans. The Senate Minority Leader then went on to complain about Republicans’ school choice program, stating that it doesn’t provide enough funding for schools to “safely” resume operations.

“There’s so much missing in the bill. I wouldn’t call it skinny. Their old bill, which was about a trillion dollars, was skinny. This one’s emaciated,” @SenSchumer says about the GOP’s trimmed-down stimulus bill.https://t.co/7ihk02yMtX pic.twitter.com/6fzrVgjaEh

Furthermore came Schumer’s assertions that Republicans only put forth measures with support from “hard-right conservatives.” Not only did the Senate Minority Leader stand against school choice, but he also criticized the GOP for attempting to shield employers as Americans get back to work.

According to the Democrats, attempting to keep business owners and job creators safe means inherently disregarding American workers and shilling for giant corporations. Republicans have since pushed back against such gross misrepresentations of what their coronavirus relief legislation entails.

Another Stalemate on COVID-19 Relief

The remarks and talking points from congressional Democrats indicate that yet another stalemate on COVID-19 relief may very much be on the horizons.

Senate Dems need to come to the table & work in good faith with us.

The left continues to advocate for more and more spending, yet also opposes reopening schools and getting children back in classrooms. Meanwhile, as the nation works to get the economy back to its pre-coronavirus state, Democrats prefer to issue government handouts that often supersede the average American’s earnings.

Republicans, by contrast, continue to assert the importance of a safe reopening of schools and return to work. The GOP also maintains that no economy can survive, let alone thrive, on endless, indefinite handouts from the almighty government.

What do you think about congressional Democrats’ response to the coronavirus relief bill proposed by the GOP? Is another stalemate coming? Let us know in the comments section below!