For many months now, Republicans and Democrats in Congress have struggled to see eye-to-eye on the provision of relief for the American people.

Time and time again, both parties fail to agree with one another on the amount of funding and appropriate places to allocate funds.

Likewise, the GOP has repeatedly warned that coronavirus relief packages are not feasible substitutes for Americans getting back to work and being able to take place in safe, strategic reopenings. Democrats, on the other hand, have pushed for massive amounts of government spending and seemingly endless shutdowns. 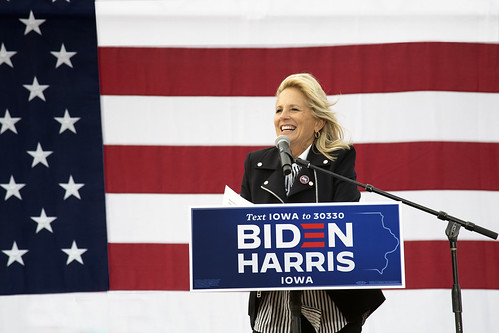 Despite certain disagreements, Republicans repeatedly try to work with Democrats and meet them in the middle.

Unfortunately, though, House Speaker Nancy Pelosi and other Democrats have adopted a “my way or the highway” approach to COVID-19 relief; this, now, has Pelosi in the hot seat as Republican criticize her behavior, according to Breitbart News.

The Reality of Coronavirus Relief for the American People

Despite certain steps forward in economic growth and jobs’ returns, many Americans are suffering. Some businesses have shut down for good; meanwhile, many other establishments have had to cut jobs and lay off workers.

Just yesterday, the nation learned that thousands of airline workers employed by United and American are set to lose their jobs due to an overall lack of funding.

For months, Speaker Pelosi has been holding back COVID relief for Americans.

She called an "emergency vote" for a fake post office crisis, yet when Republicans tried to renew the Paycheck Protection Program today, Democrats blocked it. pic.twitter.com/egJzbyzE8C

Republicans view Pelosi as largely responsible for this lack of funding. Earlier in the morning, House Minority Leader Kevin McCarthy cited Pelosi as the “common denominator” for the failure of virus aid packages. The California Republican furthermore stated that the House Speaker has a vested interest in economic failure for the sake of sabotaging a second term of Trump.

McCarthy also informed that despite Pelosi’s antics, congressional Republicans are working on funding for the Payment Protection Program and other matters, each of which Democrats continue to reject.

Ultimately, McCarthy and other Republicans believe that the safety and security of Americans are more important than scoring political brownie points.

The latest "stimulus package" that Nancy Pelosi has been scheming is the same liberal wishlist that Democrats jammed through in May.

The only difference is that in this one, she cuts funding for police by $600 million.

The latest congressional standoff also doesn’t mark the first time that Pelosi has faced accusations of wanting the economy to fail for the sake of Biden winning the 2020 presidential election.

Do you think Congress will ever be able to reach an agreement on additional relief for COVID-19? Are the Democrats playing politics with Americans’ lives and livelihoods? We want to know your thoughts in the comments section below!