Over the past few years, conservative media has increased in popularity. Americans who lean right-of-center are largely fed up with the biased liberal media. Outlets like CNN, the New York Times, etc., don’t even try to hide their anti-Trump and anti-Republican bias anymore. 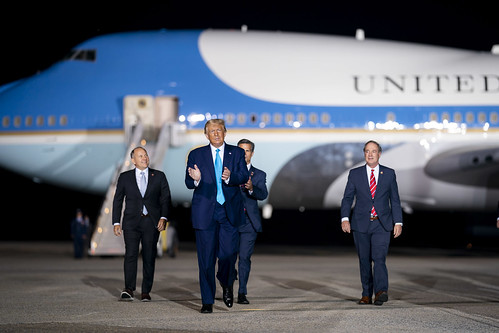 As the demand for conservative media, news, etc., increases, more and more Republicans are getting out there and connecting with Trump supporters, conservatives, and other Americans with non-leftist leanings.

The Full Story on Bongino’s Diagnosis

The announcement arrived from Bongino himself yesterday, during an episode of his radio show. He explained that his official medical diagnosis is Hodgkin’s lymphoma; however, the good news is that this form of cancer is, in fact, able to be treated.

On Friday, Bongino noted the difficulty of realizing that he officially has cancer; however, the former Secret Service agent also explained that he has massive support from loved ones and his fans which he called “the best audience in the business.”

Thank you.
You all are really amazing.
Words don’t do the sense of gratitude I feel, any justice.

News of the 45-year-old’s diagnosis arrived after he received surgery to remove a tumor that was in his neck. Despite the cancer diagnosis, Bongino affirmed that he will certainly be OK and remains optimistic.

More on Bongino in Politics

The conservative radio host has not allowed his latest medical diagnosis to slow him down whatsoever.

In his radio shows, Bongino continues to shed light on liberal megadonors, celebrities who claim they’re leaving the country if Trump wins, the corruption of the Biden crime family, and much more.

The top-performing link posts by U.S. Facebook pages in the last 24 hours are from:

On social media, the former Secret Service agent is also warning about the danger of electing Joe Biden as president of the United States. Per Bongino, Biden’s past collection of funds from our nation’s enemies will increase the demands that he faces, should Trump lose the election.

In addition to speaking out online and in his radio show, Bongino has remained active in the media. Just yesterday, he appeared on Fox News for an interview with the network’s Judge Jeanine Pirro.

Do you think Dan Bongino’s recovery will be quick and speedy? Do you agree with his takes on liberal megadonors and Joe Biden? Share your thoughts with us down below in the comments section.