The left regularly touts themselves to be the champions and defenders of women. In political speeches, Democrats profess to love and support women while painting Republicans as a collective group of anti-woman misogynists.

However, for as much as the left claims to be pro-woman, this seems to change upon coming across conservative women. This week has definitely proven that, seeing as Democrats and left-wing activists have attacked all of the conservative women who have spoken at the 2020 GOP National Convention. 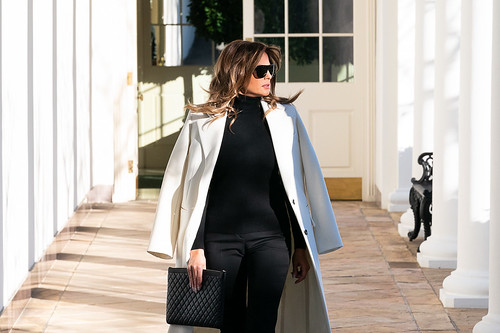 Breitbart News then confirms that Cardi B responded by attacking the first lady and falsely claiming that Trump worked as a prostitute.

What Americans Should Know

Following Lorraine’s assertion that America needs more women like Melania Trump, Cardi B responded by claiming that the first lady used to sell sex for money.

No, that’s a total & complete lie. What’s not a lie is that you are absolutely destroying America’s youth with your lyrics and should be ashamed of yourself.

This is not true, of course. Trump previously worked as a model; in addition to wrongly accusing the first lady of prior work as a hooker, Cardi B also tweeted out a nude modeling image of a 25-year-old Melania Trump.

It’s also important to note that Cardi B herself worked as a stripper before becoming a rapper; she’s also gone on camera and admitting to drugging and robbing her “clients.”

Conservative Americans who love the first lady have not hesitated to come to her defense. National Security Expert Bridgette Gabriel slammed Cardi B as a “terrible role model” for today’s women before calling on the rapper to apologize to the first lady.

-drugged & robbed men during her time as a “stripper”.

-raps songs about her genitalia, corrupting our youth.

-her husband cheated on her and she told the youth of America that it’s okay to stay with a cheating man.

…and Joe Biden & Kamala Harris campaign with her!

Additional Twitter users slammed Cardi B as a “hood rat” and classless. Others criticized the rapper’s manner of speaking and past work as a stripper, citing her attacks against the first lady as hypocritical.

At this time, neither the first lady nor President Trump or any members of the first family have responded to Cardi B. It’s worth noting that the first lady has previously sued individuals and publications that put out false information about her past.

What do you make of the latest attacks against the first lady from a former-stripper-turned-rapper? Do you think any members of the first family will respond? Let us know in the comments section below!