As governors adopt increasingly draconian and authoritarian lockdown measures, they are being slammed with lawsuits and rightfully so.

The inalienable rights, freedoms, and liberties of Americans do not end where a virus begins. So many people have forgotten that 80% of all coronavirus cases are mild or moderate. Even more individuals fail to realize that the recovery rate of COVID-19 is greater than 90%.

Is coronavirus really the hill that the soul of America will choose to die on? Many folks are saying no. 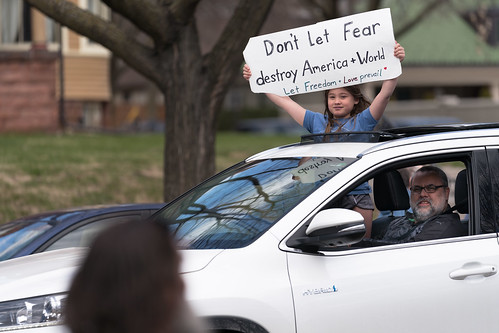 At this time, Connecticut Gov. Ned Lamont is facing a lawsuit due to an Executive Order mandating state residents to wear face masks while in public.

According to the Washington Times, the attorney suing the Connecticut governor maintains that Lamont’s orders are unconstitutional and in conflict with civil liberties.

A Full Review of the Lawsuit Against Gov. Lamont

Attorney and plaintiff Lindy Urso hit the Connecticut governor with a federal court lawsuit on Saturday. When speaking with the press, the Stamford lawyer explained that Lamont’s Executive Order oversteps the governor’s legal bounds and breaches “individual freedoms and liberties.”

Urso also criticized the ineffectiveness of Lamont’s mandate for Connecticut residents to wear face masks. Deeming the mandate as “unnecessary government overreach,” the attorney then pointed out the role that the mainstream media has played in fearmongering about the virus. One prime example is when the media tosses death toll numbers across headlines, yet refuses to talk about the plethora of COVID-19 recoveries which outweigh deaths many times over.

Gov. Ned Lamont is one of numerous governors to face legal action due to restrictive and increasingly totalitarian measures implemented under the guise of public health protection.

What do you think about the lawsuit against the Connecticut governor? Does Gov. Ned Lamont have the right to force residents of his state to wear face masks in public? Let us know your thoughts in the comments section below!