Last night’s first 2020 presidential debate continues to dominate national headlines and political conversations. Americans are weighing in on the performances of Trump and Biden, along with the points they both made on stage. 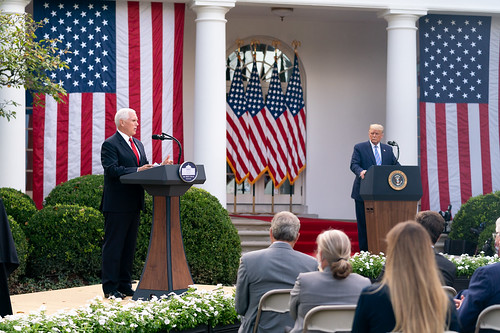 However, Fox News host and debate moderator Chris Wallace is also getting some attention…and not necessarily in a good light, either. On both sides, Wallace is taking heat for the manner in which he conducted himself; however, Republicans and Trump supporters have very different reasons for criticizing the debate moderator than Democrats and Biden supporters.

According to Breitbart News, the disapproval of Wallace as a moderator has the nation talking for a series of reasons.

Conservatives quickly tore into Wallace for variations in his treatment of Trump and Biden. During last night’s debate, the Fox News host interrupted Trump many more times than the former vice president.

Moreover, there were periods where the president and Wallace sparred with one another; this led to conservatives and Republicans pointing out that Tuesday night appeared to be a two vs. one debate, rather than a one vs. one debate with a neutral moderator.

Leftists and Biden supporters also tore into Wallace; however, the nature of their critiques greatly differed from that of the right-wing’s.

Ultimately, Democrats complained that Wallace failed to properly moderate; another common talking point asserts that Wallace should have stopped Trump from supposedly interrupting or speaking over Joe Biden.

Leftists also apparently took issue with the fact that there were moments where Trump, Biden, and Wallace each appeared to be speaking over one another at the same time.

All in all, the left knows that Biden had a terrible night. This is why they’re now calling on the former vice president to renege on the two remaining presidential debates that he has committed to participating in. Only time will determine whether or not Biden caves to the pressure or decides to stick it out with Trump two more times.

What did you think about how Chris Wallace moderated last night’s first presidential debate of the general election? Did Wallace cut off Trump too many times and/or show outright bias in favor of Biden? Let us know what you think in the comments section below!