The Democratic National Convention will differ this year in several regards. Due to the presence of coronavirus, leftists are declining to gather in one large group for the convention, despite tradition. 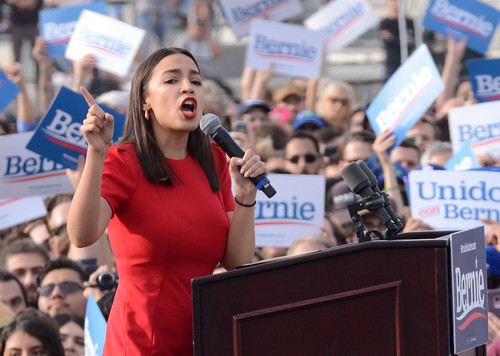 House Rep. Alexandria Ocasio-Cortez is also set to have time to share comments at the Democratic National Convention; however, her speaking time will greatly vary from other Democrats allowed to make their voices heard.

Fox News confirms that Democrats are giving the progressive congresswoman precisely one minute to share remarks at the convention.

The DNC’s decision to give Ocasio-Cortez one minute of speaking time arrives following speculations about whether the congresswoman would speak at all.

Many progressives pushed for the New York representative to have a voice at the convention; although, Ocasio-Cortez doesn’t seem too pleased with her speaking time being limited to sixty seconds. Thus far, there are no reports indicating that other speakers at the convention will have to adhere to this rule.

“I only have a minute.
Sixty seconds in it.
Forced upon me, I did not choose it,
But I know that I must use it.
Give account if I abuse it.
Suffer, if I lose it.

Only a tiny little minute,
But eternity is in it.”

In response to the decision, Ocasio-Cortez posted a melancholy poem on Twitter. The poem talks about the sixty seconds being “forced” and “not chosen.” Many Americans have interpreted this post, its content, and its timing as the congresswoman’s way of protesting such a short speaking period.

Reactions from Progressives and AOC Supporters

To say that progressives are largely displeased with Ocasio-Cortez being awarded merely sixty seconds of speaking time would be an understatement.

Progressives have slammed the DNC for this decision, stating that establishment Democrats are stifling progressive voices. Others are comparing the congresswoman’s short speaking time to the somewhat lengthy periods afforded to other Democrats who spoke at past conventions.

Democratic Establishment have no clue how many hard-core Democratic voters are abandoning them only because of their ignorant left vs right mantra. The strategy which makes Trump win in 2016 is being dumped by DNC.They are digging their own graves.

Thus far, the DNC has not indicated that they plan to afford the progressive congresswoman any speaking time that surpasses sixty seconds. Additionally, Ocasio-Cortez’s remarks at the convention will be prerecorded ahead of time, rather than delivered in a live setting.

This, too, has not gone over well with progressive Democrats and fans of the New York representative.

What do you think of the DNC giving House Rep. Alexandria Ocasio-Cortez sixty seconds of speaking time at the Democratic National Convention? Let us know in the comments section below!