During last week’s Democratic National Convention, left-wing speakers spent a lot of time talking about what they really think of the nation.

More specifically, Democrats asserted in various manners that America is a racist nation. This is a well-known talking point that left-leaning politicians and activists readily share when talking about the country. Moreover, Democrats painted Biden as the solution to tackling the “systemic racism” that they allege plagues America. 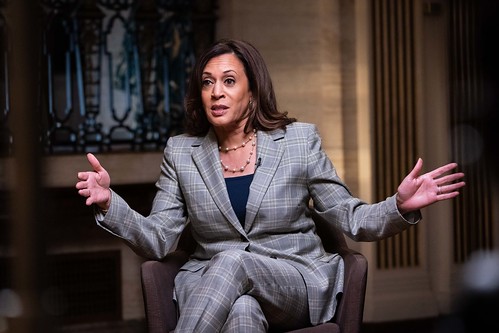 Of course, many conservatives, Republicans, and other Americans who love the nation took issue with these assertions. During the first night of the GOP National Convention, Republicans disputed the claim that America is inherently racist, as documented by Breitbart News.

The RNC on America’s Character

The theme of Monday night’s Republican National Convention centered on the United States being the “Land of Promise.” In keeping with this theme, Republican speakers talked about the nation, its character, and its opportunities. Of course, doing this required pushing back against the narrative that racism defines the United States.

Former Ambassador Nikki Haley: "America is a story that’s a work in progress. Now is the time to build on that progress."#RNC2020 pic.twitter.com/IMvpCFnWTC

In a speech, former United Nations ambassador Nikki Haley criticized Democrats for making the demonization of America as a racist nation “fashionable.” Haley pushed back against this claim by branding it as untrue, noting her own Indian heritage, and how she and her family managed to rise in this country through hard work.

The former United Nations ambassador also stated that neither she nor her relatives ever succumbed to “grievance and hate” despite certain challenges.

Commentary from Other Speakers

Haley was far from the only speaker to deny and condemn the claim that the United States is an inherently racist nation.

Donald Trump Jr., Kimberly Guilfoyle, Charlie Kirk, and other speakers on Monday night discussed the greatness of America. Conservatives also reminded millions of Americans of their ability to succeed regardless of gender, race, religion or background.

America is a nation worth saving.@realDonaldTrump is our only hope to do that.

He is the Bodyguard of Western Civilization and the defender of our freedoms and the American Way of Life and we must deliver him four more years in the White House. pic.twitter.com/GdEAUjhKVW

Since the RNC’s pushback against the “America is racist” narrative, left-leaning Hollywood and other Democrats have expressed their disappointment. Certain progressive organizations are already urging TV networks not to air last night’s Republican National Convention.

Tonight, a set of new conservative speakers will take the stage to talk about the United States as the “Land of Opportunity.”

Do you believe America is a racist nation? Will you be tuning into the second night of the Republican National Convention? Be sure to share your thoughts with us in the comments section below!