Across the United States, multiple businesses have made it a point to “require” face coverings for employees and even customers. Typically, these businesses hang up signs alerting that masks are a must for anyone who wishes to enter the premises.

Pro-mandatory mask leftists have praised these decisions. The argument on this side of the aisle asserts that anyone who has an issue with businesses requiring face coverings should simply go elsewhere. 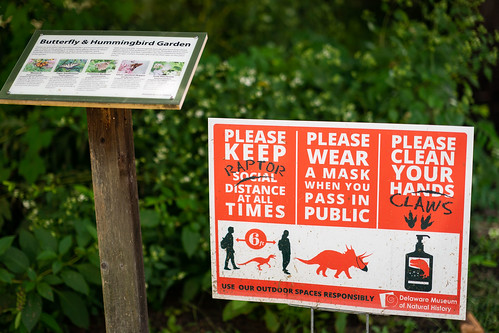 “Remarks on the Climate Crisis – Wilmingt” (CC BY-NC-SA 2.0) by Biden For President

However, a situation like this can go both ways and it’s starting to do so. The owner of a Florida-based establishment known as Westside Sports Bar and Lounge has banned face masks on the premises, according to Fox News.

Furthermore, the owner maintains that individuals who insist upon wearing face masks within the sports bar will promptly get the boot.

Gary Kirby, Westside Sports Bar and Lounge’s owner, has explained in no uncertain terms his issues with face masks. While speaking with Fox News, Kirby emphasized that he disagrees with face coverings altogether and therefore doesn’t want them in his business.

Florida owner of Westside Sports Bar and Lounge in Melbourne says he vows to throw out anyone who puts on a mask in his bar. pic.twitter.com/PiQ01O4D4I

The sports bar owner also noted that his position on prohibiting face masks in his establishment has not changed, despite death threats that came his way as a result.

Kirby also has issues with masks being used by individuals looking to skate by with criminal activity. The sports bar owner informed that his establishment was broken into last month by an individual wearing a face covering; Kirby furthermore stated that law enforcement believes the burglary was “an inside job.”

Reactions from the General Public

When it comes to mandatory masking, many of the same people who spoke of businesses’ rights to set their own ground rules have not adopted this attitude towards the Westside Sports Bar and Lounge owner.

Critics of the mask ban are stating that Kirby’s establishment ought to be shut down; other common critiques assert that Florida itself is to blame for allowing this business owner to set rules for his own establishment.

There is so much bacteria, yeast, virus & fungus that lives in the mouth that is expelled as you breath, but it is trapped around your mouth when wearing a mask all day. That along with the moisture from your breath creates the dampness that bacteria & fungus thrive in.

Some of the most vocal advocates of face mask mandates keep questioning why so many “anti-maskers” seem to be emerging. However, certain Americans suggested that the crusade to mandate that people cover their faces breeds resentment and a stronger likelihood to push back.

Others have drawn attention to the acne breakouts and dental hygiene issues (known as “mask mouth”) that are linked to the ongoing use of face masks.

What do you think about the Florida sports bar owner’s decision to ban face masks in his establishment? Do you support businesses’ right to set their own guidelines? Be sure to let us know down below in the comments section.