Democrat politicians are working overtime to promote — and even force — mask-wearing down Americans’ throats. Many Democrats in power, and some Republicans, have already implemented face mask mandates in cities, counties, and states across America. 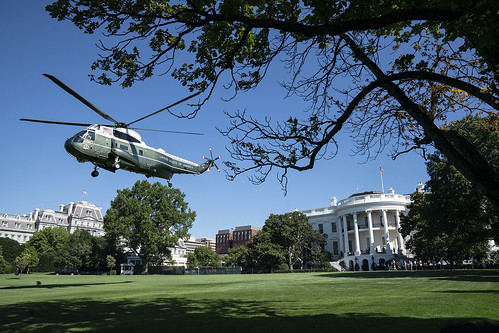 Now, a new face mask mandate has arrived, only it applies to members of the House of Representatives. According to Fox News, House Speaker Nancy Pelosi is now requiring members of the congressional body to don face coverings during their time on the premises.

Pelosi’s statement on mandatory face masks in the House parrots common talking points. The Speaker maintains that wearing face coverings is a “paramount responsibility” due to the presence of coronavirus. This claim mirrors many other Democrats in Congress who have taken to their social media accounts, demanding Americans to “wear a mask.”

This President has been practically the biggest failure in American history. The Trump Virus is rolling through the country. Just imagine how many lives could have been saved if the tests he calls “overrated” had been widely available months ago. #TheReidOut

It appears as though the House Speaker also plans to enforce compulsory face coverings for House representatives. In another part of her statement, Pelosi mentioned that she can call upon the Sergeant at Arms to expel congressional members who are not “masked up.”

The face mask requirement for those within the House of Representatives went into effect as of this morning.

Some congressional Republicans have supported face mask-wearing, yet stopped short of endorsing mandatory face masks. However, not all GOP congressional members favor masking; certain members have actually attracted censure from Democrats for refusing to fall in line and “mask up.”

Pelosi’s mandate for face masks in the House of Representatives is very new. Ultimately, only time will tell how the ruling is responded to. Since the House remains under the majority control of the Democrats, it is very likely that most members of the body will rally behind the mandate.

The best time to get every American a face mask and explain why it’s important to wear it was in March.

The second best time is today.

My Masks Work Act will get everyone masks and educate the public on why they can help crush this virus. https://t.co/bJAKBabW4f

Americans, however, are not feeling too great about face mask requirements. Outside of Congress, people are bringing lawsuits against mask mandates while certain police sheriffs are branding mask requirements as unenforceable, hence refusing to uphold them.

What do you think about mandatory face masks? Should officials in the House of Representatives be compelled to cover their faces? Let us know where you stand on the issue of compulsory face coverings in the comments section below!