The online censorship of conservative social media users is a highly contentious issue.

Over the years, social media giants have pushed back against claims of them purposefully filtering out the thoughts and posts of conservatives; however, countless reports, Google analytics, video demonetizations, account suspensions, and more indicate otherwise.

When content is flagged or removed from social media, the platforms generally assert that “misinformation” is the reason. However, the reliability of social media “fact-checkers” keeps coming into question. 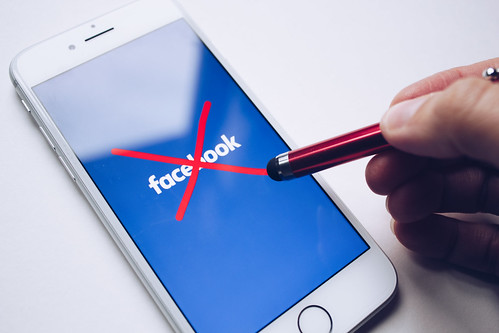 Silicon Valley is known for its ties to leftism; therefore, it is not a stretch to believe that fact-checkers are inclined to lean left-of-center as opposed to being neutral, apolitical, or fair and balanced.

In the wake of ongoing conversations regarding the online censorship of right-wingers, Facebook is yet again taking heat for removing an ad for President Trump’s re-election campaign, confirms Fox News.

The Latest Act of Censorship Against the Trump 2020 Campaign

On Friday, Hogan Gidley, a spokesperson for the president’s re-election campaign spoke about the latest instance of Facebook’s censorship. Gidley explained that “Silicon Valley liberal elites” are more interested in censoring and policing speech they disagree with instead of actually fact-checking.

Gidley slammed Facebook’s decision to remove one of the president’s re-election ads; in doing so, the Trump 2020 spokesperson stated that Facebook has “time and time again” used “fact-checkers” as shields for simply taking down content that offends the liberal left’s sensibilities.

Facebook, of course, is claiming that the Trump ad shared “false information,” hence violating the platform’s terms of service. “False information” and “misinformation” have turned into vague terms that social media giants often fall back upon when censoring or removing content.

Needless to say, many Americans have grown tired of it.

Will Censorship Continue Throughout the 2020 Presidential Election?

All signs have indicated that between this point and Election Day will be a knockdown, drag-out fight.

Conservatives continue to experience online censorship; meanwhile, Democrats are pushing for mail-in voting, a method that leaves doors to fraud, corruption, and malpractice wide open. As all this plays out, voices on the left continue urging Joe Biden not to debate President Trump.

When a "reporter" asks @realDonaldTrump a clearly biased, agenda-driven question, he calls them "FAKE NEWS" – and the media goes ballistic – but when Joe Biden accuses a reporter of being a cocaine junkie, the media gives him a pass. pic.twitter.com/MC4HJqMdmf

Despite the current state of affairs in politics and in the world, the Trump campaign and the president himself remains confident that four more years of the present administration awaits the nation.

What do you think about Facebook censoring the Trump campaign yet again? Sound off in the comments section below!