Talk about a federal, nationwide mask mandate is showing absolutely no signs of disappearing anytime soon.

In large, Democrat presidential candidate Joe Biden has helped to keep this talk alive. Biden repeatedly flip-flops on whether or not he’d implement a national mask mandate as president; the latest from the former vice president asserts that he would, however. 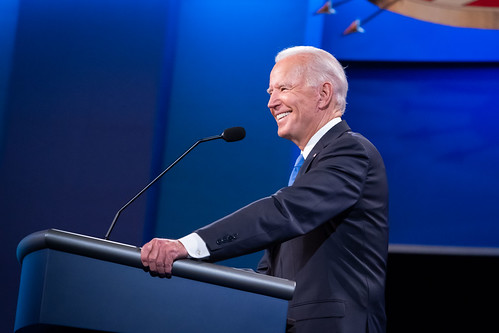 Moreover, Biden also admits to being on board with locking the country down again; it got even worse during an ABC News town hall when Biden stated that he’d work to mandate the COVID-19 vaccine as president.

On Friday, Fauci spoke with CNN during a virtual interview about the situation of face masks.

The infectious disease “expert” previously cautioned against the notion of a federal mask mandate; although, by his own admission, Fauci now believes that “maybe we should be mandating” face coverings if Americans aren’t already wearing them.

Dr. Anthony Fauci says the US should probably mandate mask use, even if people complain about the trouble with enforcing it.

“If people are not wearing masks, then maybe we should be mandating it,” says Fauci, the nation's top infectious disease expert. https://t.co/CAJYWWLuJw pic.twitter.com/B6IF8SJvSn

Some people have argued that the issue of masks, fights between people who disagree on masks, etc., have only added to the harm Americans are already suffering from shutdowns imposed earlier this year; many of these shutdowns also remain ongoing in states controlled by Democrats.

During Fauci’s time on CNN, he declined to talk about adverse health repercussions that are linked to the ongoing wearing of face masks. Mask mouth, a series of oral hygiene issues, is one example; acne breakouts and skin rashes on areas of the face where masks rest are also rarely-talked-about, yet very real problems from regular use of face coverings.

The Likelihood of a National Mask Mandate

President Trump has repeatedly reiterated that he will not mandate the nation to wear face masks.

Likewise, Trump also criticized Biden for expressing a willingness to institute a federal mandate for face coverings; the president questioned precisely what constitutional authority would allow Biden to make or enforce such a mandate. This is an area that even Biden himself appears unclear about.

What are your views about Fauci’s calls for a federal mask mandate? Do you believe the government should have the power to “require” Americans to wear face masks? Let us know in the section for comments below!