Lockdowns are no longer about flattening the coronavirus curve. Instead, they are now about personal power trips and elected officials who get off on ruling the lives of others.

Across the board, the COVID-19 curve has flattened. Yet, Democrat governors continue to face lawsuits for these stringent stay home orders which flagrantly violate constitutional rights. Freedom of religion and the right to assemble are two paramount liberties that several governors are presently facing lawsuits for breaching.

“coronavirus” (CC BY 2.0) by Nursing Schools Near Me

Tucker Carlson on Freedom of Religion and More

During his Friday segment, Carlson discussed the importance regarding freedom of religion; the conservative commentator also explained that governors cannot infringe on constitutional rights, even when using the “pandemic” as an excuse for said infringements.

This is interesting! AT&T just shut down Fox News on my TV ! Guess they didn’t like the Tucker Carlson comments on the Constitutional Right to Freedom of Religion! Churches are essential! The ones that don’t agree will come see closed gates! AMEN! @AthaJason @realDonaldTrump

Shortly thereafter, the Fox News host cited freedom of religion as a “bedrock right” of the United States. Likewise, Carlson explained religion’s deep roots in the development of this nation.

After noting that freedom of religion carries similar weight as freedom of speech, the conservative host slammed elected officials for using COVID-19 as an excuse to “extinguish” religious rights.

The Sanctity of Religious Rights

Upholding freedom of religion is something that conservatives have rallied around as of late. As governors and other elected officials continue issuing mandates that block people from worshipping, Americans are pushing back. Some pushback has taken place in the form of protests and other demonstrations. 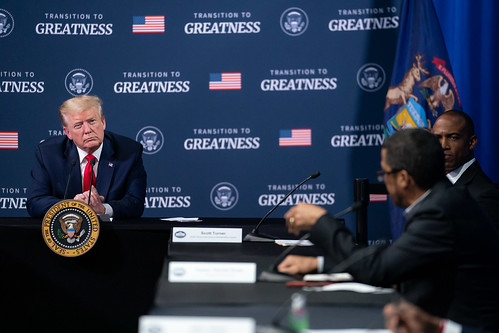 Likewise, President Trump himself spoke out against religious rights infringements last week. The president demanded governors to reopen places of worship, even threatening to override those who refuse to do this.

What do you think about Tucker Carlson’s statements on freedom of religion? How long do you think elected officials will use this “pandemic” to infringe upon constitutional rights? Sound off in the comments section below!