Over the course of this month alone, crime in America’s inner cities has garnered new attention. Many people across the country have noted the danger of ongoing violence in communities like Portland, Chicago, Atlanta, etc.

President Trump himself is also speaking out about shootings, crime, and killings in inner cities. The president maintains that failed and weak Democrat leadership is the responsible culprit here; furthermore, Trump has warned that the federal government will begin to step in if states and localities don’t get their act together and cut down on crime. 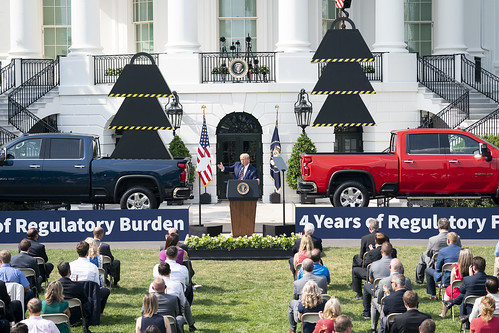 As inner cities come under scrutiny for lawlessness, some mayors are attempting to pass the buck. In the case of Atlanta Mayor Keisha Bottoms, she is faulting Georgia’s open carry law as a cause for rampant increases in Atlanta crimes, reports Breitbart News.

Shootings in Atlanta have increased, as have murders. Worse yet, Mayor Bottoms has ordered police officers to stand down and not stop rioters, in certain cases. Morale within the Atlanta Police Department is at an all-time low, with reports of officers turning in their badges or calling out of work.

To say that Americans have questions about what’s going on would be a massive understatement; however, many folks aren’t pleased with the answers provided by the Atlanta mayor.

Mayors across the country and staff of @usmayors showing solidarity with @CityofAtlanta, Mayors and people throughout Georgia, by wearing masks during our Dismantling Systemic Racism Working Group Zoom meeting, for the @usmayors 2020 Vision for America. We are stronger together. pic.twitter.com/3tcDwUo1NC

During an interview with MSNBC, Bottoms stated that “systemic issues” are happening across the nation and that Atlanta is no different. Shortly thereafter, the Atlanta mayor proceeded to claim that an “open carry state” such as Georgia permits residents to shoulder “assault weapons” without legal ramifications.

Reactions from the Public

Mayor Bottoms’ response to the local crime in Atlanta has not won over much of the public. Many Americans maintain that open carry has absolutely nothing to do with recent surges of crime in Atlanta; although, some people have accused the Democrat mayor of failing to lead and blocking Atlanta police officers from doing their jobs.

3104 Georgians have died and I and my family are amongst the 106k who have tested positive for COVID-19. Meanwhile, I have been sued by @GovKemp for a mask mandate. A better use of tax payer money would be to expand testing and contact tracing. #ATLStrong pic.twitter.com/z4hpTrCS1B

Bottoms’ interview with MSNBC arrived amid news of a lawsuit against her from the Georgia governor.

Kemp’s lawsuit against the Atlanta mayor occurred after she flouted his executive order by forcing through an unenforceable, local mask mandate and ordering Atlanta businesses to shut their doors, thus illegally bringing the city’s reopening plan back to phase one.

What do you think of crime increases in the city of Atlanta, Georgia? Enlighten us down below in the comments section.