In U.S. politics, it is pretty much par-for-the-course to have Democrats and Republicans at odds with one another on policy.

While bipartisanship does sometimes occur, the left and the right generally maintain very different outlooks on appropriate legislation. Americans witnessed this earlier in the week when Democrats shot down a GOP bill designed to bring about police reform. 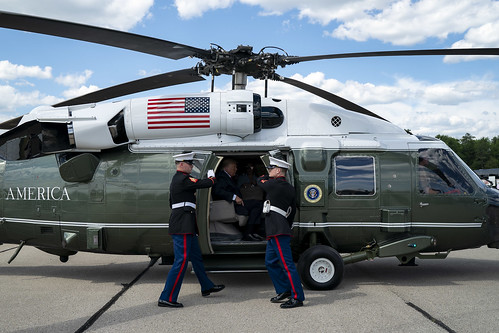 Now, once again, congressional lawmakers are duking it out with each other. On Friday, House Democrats voted in favor of turning the District of Columbia into the 51st American state.

Washington Examiner notes the intense partisan disagreements on this measure.

Why Do Democrats Want a 51st State in America?

This week, House Democrats made the case that ongoing social unrest and alleged racism are reasons for the District of Columbia to become the 51st state. Democrat Carolyn Maloney even professed that “people of the capital” are being deprived of rights enjoyed by the rest of Americans.

Our Founders made it clear: Washington, D.C. shouldn't be a state.

And nearly 2/3 of Americans agree.

So, why are House Democrats moving forward with this partisan proposal? They want more power.

Additional arguments asserted that D.C. residents are suffering from “taxation without representation.” In fact, this is a claim that House Speaker Nancy Pelosi stood by on Friday. The Speaker alleged that not allowing the district to have voting power in the House or Senate is problematic.

Why Do Republicans Oppose The Measure?

Yesterday, GOP congressmembers reminded their colleagues that D.C. was always meant to serve as a national enclave. Republicans also pointed out their belief that Democrats’ true reasons for wanting a 51st state are to add two more Democrats to the Senate and one more Democrat to the House of Representatives.

Georgia Rep. Jody Hice (R) explained that while Democrats may “protest and outrage” over the above belief, it’s a sentiment shared by many Republicans.

Congressional Democrats should not hold their breath waiting for D.C. to become the 51st state. Republicans remain firmly against this and furthermore maintain majority control of the Senate. The GOP has made clear that they won’t vote in favor of this bill, thus blocking it from ever becoming law.

Some people have questioned why House Democrats chose to vote on the measure, knowing that Republicans in the Senate wouldn’t entertain or consider it at all. The GOP has also maintained that turning D.C. into a 51st state would be unconsitutional.

What do you think about the idea of Washington D.C. becoming the 51st state in America? Is this a power play from the Democrats? Sound off below in the comments section.