The Democrat Party remains at odds with President Trump.

Since the 45th president arrived in office, the left vowed to “resist” him at every turn. This determination to “resist” seems to only increase with time, especially with the 2020 election season upon us. 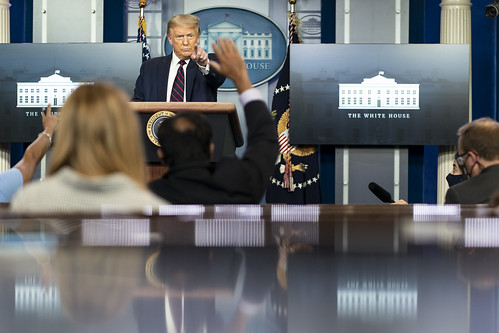 As it currently stands, Democrats have reached a point of moving against the president, even when they know these moves will ultimately not succeed. Americans saw this when Democrats tried to impeach the president; now, the nation is bearing witness to it yet again.

A Closer Look at the Attempt to Repeal

On Wednesday, House Democrats cleared a repeal designed to counteract President Trump’s 2017 travel ban from many countries with radical Islamic majorities. Of course, since its inception, Democrats have deemed the travel ban as racist and xenophobic; although, prior court rulings determined otherwise.

The Democrats in the House are trying to undo my big win Travel Ban Bill, which successfully keeps very bad and dangerous people out of our great Country. Passed along party lines. Hopefully, will be DEAD in the Senate! The Dems have gone Stone Cold Left – Venezuela on steroids!

Since the clearing of the No Ban Act, President Trump has criticized House Democrats. Earlier this morning, Trump slammed the left for becoming “Venezuela on steroids!” and seeking to undo his work to protect Americans.

The president additionally pointed out his hopes that the Senate will ultimately shut down House Democrats’ attempt to repeal.

What to Expect from the Senate

At this time, the Senate remains under the control of Republicans; therefore, Americans should not expect Democrats’ No Ban Act to get any further than the House of Representatives.

As a matter of fact, the Senate has indicated that they don’t plan to even entertain the repeal. Furthermore, even if the GOP-controlled Senate were to pass the act for some unfathomable reason, the president would undoubtedly issue a veto the moment it arrived on his desk.

House Democrats have repeatedly shown that they are not “for the people,” but instead are for their far-left socialist policies.

Our nation cannot afford the Democrats' out of control spending proposals.

Over the course of Trump’s presidency, House Democrats and Senate Republicans have repeatedly sparred with one another regarding Trump. The most prominent example of this occurred during the months when Democrats attempted to impeach the president.

Throughout this period, House Democrats implored Republican senators to get on board with impeachment; however, the latter ultimately cleared and exonerated Trump of all alleged wrongdoings.

What do you think of President Trump’s travel ban against dangerous nations? Do you believe the Senate will even take a look at the repeal passed by House Democrats? Let us know down below in the comments section.