Amid left-wing calls to defund and abolish law enforcement, upholding law and order has never been more crucial.

Democrats, for years now, have advocated to remove and dismantle various sectors of law enforcement from Immigration and Customs Enforcement (ICE) to the Department of Homeland Security (DHS), and now local police departments across the country. 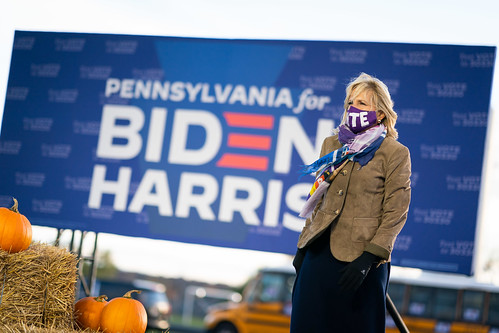 Republicans, on the other hand, remain more committed to law and order, backing the blue, etc., than ever. This is why conservatives in the House of Representatives are considering new legislation that goes hand-in-hand with law and order.

According to Breitbart News, the legislation in question was introduced by none other than Alabama Rep. Mike Rogers (R).

A Closer Review of Rep. Rogers’ Law and Order Bill

In a statement regarding his proposed legislation, the Alabama representative clearly articulated what he hopes to achieve.

Boosting the nation’s cybersecurity work, securing the U.S. Southern border, and solidifying partnerships for information sharing are each aims that Rep. Rogers strives to achieve. Additionally, the Alabama Republican also intends for his legislation to improve CISA and the security of American transportation.

I just introduced the Commitment to American Security Act with @RepMikeRogersAL, which will increase funding for local police for better training and 500,000 new body cameras.

At this time, the proposed legislation appears fairly popular amongst House Republicans. Former police officer and Minnesota Rep. Pete Stauber (R) maintains that Rogers’ proposal is a major bill for conservatives in the House.

On a similar note, House Minority Leader Kevin McCarthy (R) states that Republicans will do everything in their power to combat surging crime rates and keep America safe.

House Republicans on the Economy

In the wake of 2020 events, Republicans in the House are partaking in multiple pursuits; upholding law and order is only the beginning.

GOP House members are also vowing to bring back millions of new jobs to the economy. Republicans plan to make this a reality by extending the child tax credit, providing small businesses with Payment Protection Program (PPP) loans, and lowering taxes for American families.

America is worth fighting for 🇺🇸@HouseGOP helped build the greatest economy in a generation, and together we will do it again.

This is our #CommitmentToAmerica: to restore, to renew, and rebuild the greatest economy in the world. pic.twitter.com/acLG3USjUp

House Republicans’ plans for the economy directly coincide with the president’s work to restore millions of new jobs, as well. Leader McCarthy and other Republicans have expressed a willingness to work with the president on upholding law and order, restoring jobs, and bettering the lives of Americans everywhere.

What do you think about the work of House Republicans thus far? Will the GOP successfully manage to take back the majority control of the House this election? Share your thoughts with us in the comments section below!