With 26 million Americans now out of work, the situation with America’s jobs and economy is immensely dire. Due to shutdown reactions to COVID-19, significant amounts of other Americans are facing layoffs even with nearly 30 million people being unemployed.

At a federal level, the United States is working to put together another version of a relief program for small businesses. This comes after the Payment Protection Program’s loss of funds earlier this month. 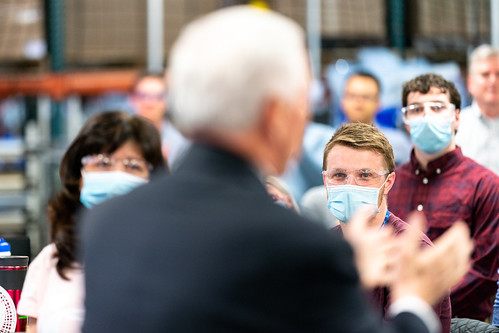 In keeping with par-for-the-course in politics, Republicans and Democrats are at odds with one another over how to get a relief program set up for small businesses. According to Washington Examiner, House Minority Leader Kevin McCarthy maintains that Speaker Pelosi is to blame for the new 4.4 million job layoffs in America.

McCarthy on Relief for Small Businesses, Pelosi, and More

Yesterday morning, the House Minority Leader professed that the new number of job layoffs will be due to Pelosi’s inaction.

McCarthy maintains that Pelosi and other Democrats were more focused on playing politics than assuring that Americans and small business owners could get economic relief. As of this morning, we now know that the jobless number has climbed from 22 million to 26 million Americans.

Tomorrow we'll find out how many more Americans got laid off in the last week. Those will be on Pelosi.

She wasted two weeks as small business ran out of money to keep employees on the payroll. pic.twitter.com/CJEbYfNVdb

Today’s new report of over four million new layoffs comes with rising social unrest. Countless Americans have taken to the streets in protest against stay home orders. Governors are facing lawsuits and certain law enforcement officials are refusing to support Executive Orders that they deem as unconstitutional.

4.4 million. That’s how many Americans lost their jobs in the last week—the exact time span that Democrats let the Paycheck Protection Program run out of money.

It didn’t have to be this way. These are Pelosi Layoffs.

With millions of more people out of work and going without pay, uprisings and social unrest are likely to increase in the days and weeks to come.

What do you think about the fact that now 26 million Americans are without jobs? At what point does the reaction to COVID-19 become worse than the problem itself? Let us know in the comments section below!