Riots in Portland, Oregon continue to rage on, bringing countless amounts of anarchy, destruction, and violence to the city. Portland has made headlines for its violence, yet no real action is coming from Mayor Ted Wheeler (D) or Oregon Governor Kate Brown (D).

Weeks ago, President Trump sent in law enforcement officials to guard the federal courthouse in Portland. Democrats quickly criticized the decision, stating that the presence of these officers was only worsening the situation in the city. However, the violence continues to rage on, even since federal officials have left Portland. 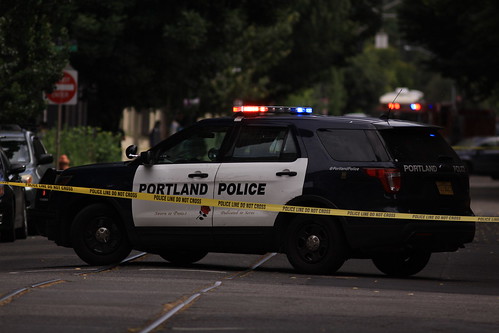 Yesterday, rioters in Portland went after a locally-based Immigration and Customs Enforcement (ICE) facility. According to Breitbart News, both police officers, ICE agents, and others faced attacks and other forms of exposure to serious harm.

What to Know About Last Night’s Portland Riots

Wednesday night marked a milestone of uniquely dangerous levels of violence in Portland. ICE offices were smashed and descended upon by rioters, while others set fires in the proximity. Portland police officers and other law enforcement members who stepped in to stop these crimes also faced attacks.

To make matters worse, certain reports have indicated that previously-arrested individuals were back on the streets of Portland last night during these riots.

Last night’s riots in Portland ironically happened during the third night of the Democratic National Convention.

Speakers at the convention declined to mention the mayhem that ensued in Portland; however, during previous times, Kamala Harris, Nancy Pelosi, and other Democrats have referred to violent riots as mere displays of “peaceful protest.”

The irony is not lost on me that the building that’s damaged is a center for community engagement, where people can access their local government, and a place that offers services and equipment that the people of Multnomah County need.

Portland Mayor Ted Wheeler has repeatedly refused to call in the Oregon National Guard, even as riots consume the city night after night. His verbal calls for Portland residents to cease acts of violence and destruction also continue to fall on deaf ears.

President Trump and other conservatives remain critical of mayors and governors that are failing to act in Democrat-controlled communities blighted with violence and vandalism.

What do you think about last night’s riot in Portland, Oregon? How much longer do you think Americans will have to read about destruction and choas in major American cities? Let us know what you think will happen down below in the comments section.