For quite some time, Democrat leaders have come under fire for the poor leadership of their own communities. Between coronavirus shutdowns, the Democrats’ allowance of riots, and more, leftists have not hesitated to wield their power at the expense of others’ lives and livelihoods.

A common theme amongst Democrats is that after their communities are ruined by their own leadership, they want the federal government to bail them out. Several Democrat governors sought federal bailouts after failing to act while riots pillaged their communities; President Trump, however, declined. 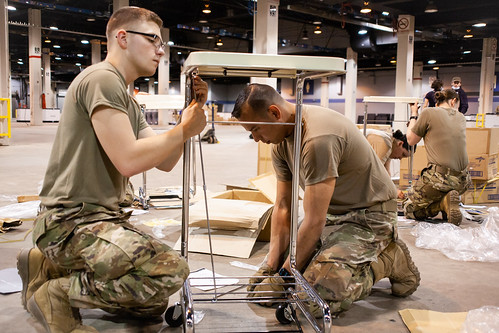 Now, Illinois Governor J.B. Pritzer (D) is seeking a handout from the federal government. Per documentation from The Blaze, the Democrat governor maintains that only a federal bailout will prevent Illinois from having to implement a 5% budget cut in 2021.

Ultimately, Governor Pritzker has acted like many other Democrat governors by refusing to allow the state to resume economic business.

Economic stimulation plays a huge role in the functionality of any state. While the Illinois governor seeks a federal bailout, he has yet to answer for why he’s continuously kept businesses closed, even when federal guidelines gave him the green light to reopen.

The Democrat governor claims that residents of his state will suffer if a 5% state budget cut has to be implemented next year; however, Pritzker doesn’t seem to have taken into account the suffering of Illinois residents who are legally prohibited from working.

Yesterday, we released Restore Illinois, our framework for how we'll reopen the state in phases based on science, data, and the best medical advice to keep our state safe. Read the full plan here: https://t.co/WOsgp8Z9lb

Americans have already learned that these shutdowns are leading to the permanent closure of certain businesses. This means that those jobs are gone for good; moreover, the services that the business offered to the community at large are also gone.

Republicans in Illinois have agreed to work with their Democrat counterparts to fix state budget issues; however, the Illinois GOP also doesn’t believe that seeking a federal bailout is the answer to economic issued caused by Governor Pritzker’s decisions.

A Similar Story for Other Democrat-Run States

Both of you are a recipe for Disaster, same old tired thinking, nothing fresh or new, no gameplan or forward thinking, thats the #DemocratParty

Governor Pritzker is far from the first Democrat governor to seek a federal bailout and he won’t be the last. Conservatives have repeatedly reminded leftist governors that their job is to govern the states they were elected to lead; this means making decisions that do not cripple economies and livelihoods.

Are you surprised that the Illinois governor is seeking a federal bailout after crippling his own state’s economy with ongoing shutdowns? Be sure to let us know in the comments section below!