Getting the economy back on track is a critical endeavor that will determine the future of our nation.

Certain economic surges that have taken place over the last several months are largely linked to Republican governors relaxing shutdown restrictions; therefore, Democrat governors who continue to extend and tighten restrictions are actually holding back the collective recovery of the U.S. economy. 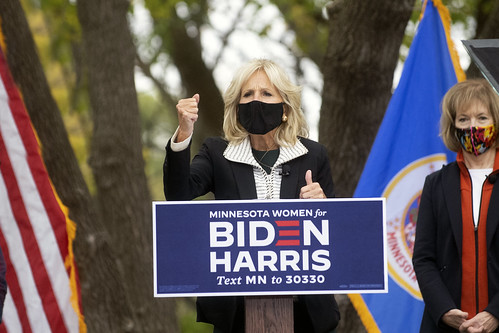 Sadly, many of these Democrat governors and other leftists assert that endless handouts from the government should be used to keep Americans afloat. Conservatives, Republicans, and other American patriots understand that neverending checks from the federal government are not longterm solutions or feasible means to regrow the economy.

The Hard Truth About Handouts from the Government

Over a period of months, Republicans warned about handless government handouts backfiring and discouraging returns to the workforce. Now, Americans are seeing first hand that the GOP’s warnings did not come without merit.

According to an apolitical group known as The Foundation for Government Accountability, unemployment weekly aid of $600 will not encourage Americans to return to work.

FGA is not alone in its assessment that the $600 payment hurts hiring.

The nonpartisan Congressional Budget Office reported in June that the employment rate would probably be lower in the second half of 2020 if the $600 payments were extended.https://t.co/oapiT0FFiS

On the contrary, since this amount of money surpasses what many workers earn in a week, the handouts from the federal government will incentivize folks to stay home and just collect a check from the government.

This, of course, doesn’t bode well for economic recovery or small businesses, for that matter. When people refuse to work because of federal handouts from the government, the destruction of more small businesses — and by extension, more jobs — increases while the overall economy collapses.

Restoring a Conservative Majority in Congress

The state of the economy has played a central role in Republicans’ work to restore dominance in the House of Representatives while expanding their majority in the Senate.

You have a right to know how Republicans would use our majority in Congress. This is our #CommitmentToAmerica:

We will RESTORE our way of life and defeat COVID.
We will REBUILD our economy, creating 10 million new jobs.
We will RENEW the American Dream for ALL Americans. pic.twitter.com/zb3jnfZq6n

House Minority Leader Kevin McCarthy has laid out a clear picture of the actions Republicans will take if they regain the House. These actions include defeating COVID-19, rebuilding the U.S. economy, creating millions of new jobs, and restoring the American Dream.

Democrats and Joe Biden, on the other hand, plan to shut down the economy again and expand government handouts if they are elected into power.

What do you think about the latest findings from The Foundation for Government Accountability? Let us know what you think in the comments section below!