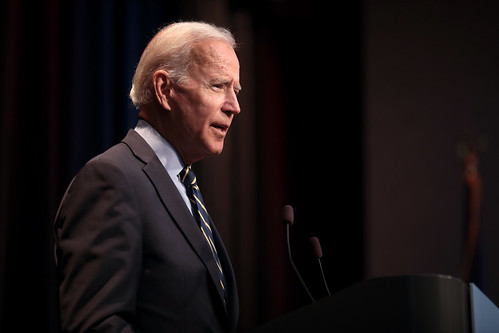 Joe Biden’s 2020 presidential campaign has denied Reade’s account. Up until this morning, Biden himself remained silent about Reade’s allegations. However, that changed when the presumptive Democrat nominee appeared on MSNBC and stated that he “never, never” sexually assaulted Tara Reade, reports Breitbart News.

Everything to Know About Biden’s Denial

The former vice president’s decision to directly address Reade’s claims comes after calls for him to do so. Tara Reade herself along with Washington Post, Planned Parenthood, and others have called for Biden to straightly respond to his former Senate staffer’s allegations.

MSNBC's Mika Brzezinski asked Joe Biden whether he was "absolute positive that there was no record of any complaint by Tara Reade."

Biden responded by giving one of the most lawyerly worded response in recent memory. pic.twitter.com/eQDLw8EuZr

When asked whether or not he forced himself on Reade, Biden professed “unequivocally it never, never happened and it didn’t.” The former vice president then stated that he doesn’t remember Reade making any claims against him because “it was 27 years old.” Shortly thereafter, Biden affirmed his willingness to publicize any complaints that have been filed against him.

Reactions from the American People

Biden’s denial of Reade’s allegations against him is trending on social media at this time. Americans are weighing in with their thoughts and whether or not they believe the presumptive Democrat nominee.

Some Americans have stated that Biden’s denial is enough for them to believe him. Others, however, maintain that a more thorough investigation into Reade’s claims is in order. Another frequent take is that Biden would be treated much differently by the media if he were accused of rape as a Republican, rather than a Democrat.

This story is currently breaking.

What do you think of Joe Biden’s denial of Tara Reade’s sexual assault allegations? Are you convinced or do you believe Reade’s claims warrant a more in-depth investigation? Let us know in the comments section below!