Kathy Griffin Claims Someone Should Stab Trump with Air-Filled Syringe

Threats against the president of the United States are illegal and grounds for a fair amount of jail time.

Despite this, numerous individuals on the left have no qualms with taking to social media to not only threaten President Trump, but also his family. More often than not, these people get away with little to no consequences, assuming that no one really knows who they are. 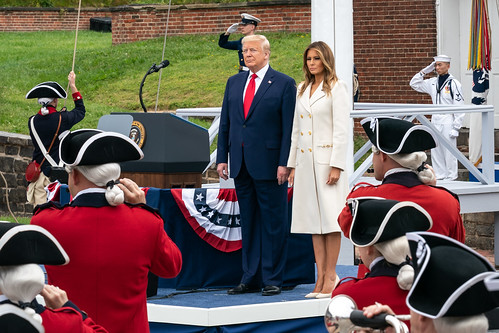 However, the same cannot be said for D-list comedienne Kathy Griffin. Griffin made headlines and watched her career go down the toilet in 2017 after she held up a faux, severed head of President Trump in a photo shoot.

It appears as though Griffin has yet to learn her lesson. Yesterday, the comedienne took to Twitter, calling for someone to stab President Trump in the arm with a syringe full of nothing but air, an act which can be fatal.

What to Know About Griffin’s Threat Against President Trump

Griffin’s proposal for the president to be stabbed with an air-filled syringe occurred in response to a tweet about the use of insulin.

In a quoted response to a post from CNN correspondent Jim Acosta, the failed comedienne professed that a syringe with nothing but air would “do the trick” when foribly injected into the president’s arm.

Syringe with nothing but air inside it would do the trick.

This tweet garnered overwhelmingly negative feedback. Many users urged Griffin to take down this threat, stating that it goes too far. Conservative news outlets also picked up on Griffin’s tweet, covering it and noting that air-filled syringe injections can prompt death.

However, the cynical feedback only prompted the failed comedienne to double down and dig her heels in even more:

Should Secret Service look into Kathy Griffin for urging a lethal action be made against President Trump? Let us know in the comments section below!