For quite some time now, Americans have warned about the dangers of anti-police rhetoric and sentiment. While Democrat politicians implement measures to revoke funding from police departments, some members of law enforcement are responding.

Last month, reports of a “blue flu,” or police officers calling out and walking off the job, surfaced in Atlanta. The blue flu occurred after Black Lives Matter and additional left-leaning groups rioted, burned down buildings, and attacked police. 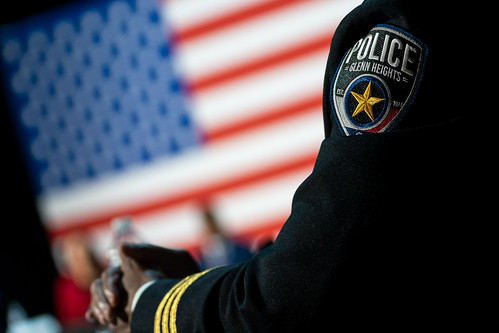 Now, a similar response is happening in Kentucky. New information from Breitbart News documents that Kentucky police officers are quitting their jobs en masse as calls to defund and abolish police grow across the nation.

What to Know About Law Enforcement in Kentucky

The morale among Kentucky police officers is at an all-time low. Many officers in Louisville and Lexington are leaving the force, prompting concerns about keeping communities safe. Members of the law enforcement community are also not holding back in articulating their reasons for leaving the force.

Some police officers maintain that the “current environment” is a motivating factor. Other officers have family members and their kids asking them not to go into work. Additional factors pushing officers away include abuse towards police and the blowback that families of policepersons are often subjected to.

All around the country, liberal mayors & governors stand by as mobs tear down statues of American heroes like Abraham Lincoln, loot small businesses, and harass police.

We need leaders who stand up to these bullies. Luckily, we have @senatemajld. #KYSen pic.twitter.com/39WbjWJYm1

Not only are many members of the law enforcement community leaving, but police departments are also struggling to attract new officers and recruits. Applications for police departments in Clark County have declined by 25%-40% over the past five years.

What This Means Going Forward

If police officers continue to lose morale and quit, a lot of people will be in serious trouble.

Joe Biden's allies are doing everything they can to Defund the Police.

You won’t be safe in Joe Biden’s America. pic.twitter.com/ieEMcklTaq

For all the talk about defunding the police, law enforcement plays an important role in keeping communities safe. This is a reality that Black Lives Matter and AntiFa continue to deny with the support of Democrats, hence why so many officers are cutting their losses.

Defunding the police will have real and serious consequences; what’s happening right now in different cities across America is only the beginning.

Are you surprised to learn that Kentucky police officers are quitting? Do you believe blue flu will continue spreading across America? Let us know in the comments section below!